Here’s why the CEO and Facebook should not be a model for leaders determined to do right by all stakeholders. At Techonomy we’ve been thinking about that as we work to compile a list of “Worthy” tech companies. Is Mark Zuckerberg worthy? I mean in the sense of being a role model for doing good, someone making the world better, or a person we look to for lessons in becoming better businesspeople and better people? No.

Has he accomplished the near-miraculous in creating FB out of whole cloth and guiding it over 17 years towards three billion users and a trillion dollar market capitalization? Of course. Has he shown himself a steely, determined leader? Yes. But ethically and even morally, he has stumbled. (I am a close observer of how those stumbles accumulated, having published in 2010 the first comprehensive business book about Facebook.)

Measuring business success only in dollar terms increasingly feels wrong and insufficient, for any company. The world’s needs are too great, and the potential of business to serve as a lever towards positive change appears more and more obvious. Meanwhile, some leaders rising up in business are showing the capacity both to generate substantial financial returns even as they retain the moral high ground. It’s not easy, but people like Marc Benioff of Salesforce or Jack Dorsey of Twitter and Square are better models for responsible leadership in tech. I call them both worthy.

Such questions are especially on our minds here at Techonomy and our parent company Clarim Media because we have launched two new projects to recognize “worthiness,” for both entrepreneurs and for companies.  One we are calling the Techonomy Worthy 100 Cloud Companies. We are compiling a list of growing enterprise tech companies that not only serve customers ably and generate good financial returns, but also treat employees with respect, and treat their communities and the world with concern and responsibility. Granted, it’s a high bar. But we’ve already identified about 800 private companies with valuations below $1 billion we think are good candidates. We’ll be assessing them in coming months.

Separately, our parent company Clarim Media, which also owns Worth magazine, is launching the “Worthy 100,” a list of entrepreneurs at any stage of their careers who are doing good work in a good way for the world, which will also be announced this fall.

So as we think about how to rate entrepreneurs and younger tech companies, it’s impossible not to think about the most prominent companies and leaders today. But Zuckerberg would not make it on either list.

Facebook is the world’s top media platform, with consumers its bread and butter. So it’s not an enterprise company, granted. It wants to connect people to each other and to ideas they’re interested in, but also makes money from their personal data in controversial ways. Serving up access to them in highly targeted form for advertisers large and small is what has given the company such extraordinary financial success. For much of its existence, Facebook has been the most profitable large public company in the history of modern business, measured by profits per dollar of revenue.

So why has Zuckerberg screwed up so often? I would hate to think it was to ensure those profits (and his wealth) were not in jeopardy, but that thought does linger. Many critics have said he runs the company primarily to keep “eyeballs” engaged–to ensure the deepest and longest-lasting attention by users, regardless of the consequences for them or for the society in which they live. If racist propaganda is what will keep their eyes glued to Facebook, so be it, it has often seemed.

But for all its failures, Facebook offers endless genuine joys and positive experiences. Surely Zuckerberg could have retained his billions of users even if he had imposed more filters restricting the awful stuff they sometimes try to show one another. It is unquestionably his right to do more moderation. His is a private company, and he can control its platform as he sees fit.

Such questions, though, are especially urgent for him because he has absolute dictatorial power at this public-in-name-only company. He controls the lion’s share of the company’s stock, so nobody can outvote him on any matter. When confronted in 2019 with an obstreperous board of directors that increasingly asked him to do things like rein in hate speech and reduce the manipulation of dictators and purveyors of violence, he essentially fired the entire board, retaining only close allies Sheryl Sandberg, Peter Thiel, and Marc Andreessen.

Why did he insist to an interviewer that it was OK to deny the holocaust a few years ago? And why, in late 2019, as the presidential election was just starting to heat up, did he famously say to an audience at Georgetown University, “I don’t think it’s right for a private company to censor politicians or the news in a democracy”? We subsequently saw the consequences of that attitude, as Facebook became the most influential media platform for the spread of conspiracy theories, unscrupulous politicians, and even for the rise of QAnon and planning for the January 6 insurrection at the U.S. Capitol. Those views are why he gave President Trump ultimate liberty to say anything he wanted on Facebook up until January 6, when just two weeks before the president was to leave office, the company finally barred him from its platform.

That approach to governance has tacitly or actively helped enable dictators and autocrats to arise around the world–including in the Philippines, Turkey, Hungary, and Brazil–in all of which the ruler and his party and supporters have actively abused Facebook and its services.

Notably, Facebook’s policies on holocaust denial and unlimited political speech have both been dramatically reformed in recent months, but not because Zuckerberg had any epiphany. It was only because of pressure from the company’s Oversight Board, set up by Zuckerberg to help adjudicate some of the company’s content-management decisions. While that was a step in the right direction, it can also be seen as a way for the company’s own autocrat to avoid offending dirty politicians and purveyors of hate speech. “Not my decision!” he can plausibly claim.

Whether Facebook will or will not be restrained by government is becoming a key question surrounding the company. A recent court ruling forced the U.S. FTC to back off, but they will certainly be back, led by their determined new chair, Lina Khan. Meanwhile, the EU’s Digital Services Act, under review, will likely within the next year or so impose a stringent set of new rules for how content on Facebook and other large platforms has to be moderated and, often, removed.

What a contrast, though, between Zuckerberg and someone like Marc Benioff, who when he established Salesforce.com put 1% of the company’s equity into an associated nonprofit that later gave away many millions. Or who decided early on to offer the company’s software free to nonprofit organizations. Or who stood up to Gov. Mike Pence of Indiana after he signed a bill in 2014 allowing anyone to cite “freedom of religion” to discriminate against LGBTQ people. Benioff threatened to move a substantial company operation out of Indianapolis, and quickly organized other CEOs to actively protest the law, which was effectively rescinded within about four months.

Benioff is CEO of the most prominent cloud company, one of the fastest-growing enterprise software operations ever, now worth $223 billion. He is the kind of model we hope other enterprise software companies follow. We are looking for younger or less successful (so far) companies. If you work at or think you know of such a company, please let us know by clicking here and filling out a simple form.

Why Cloud is the Center of Gravity for Enterprise Software 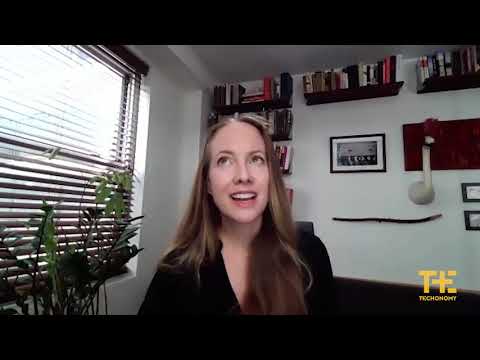 The Power of Big Tech: Where Does It Go From Here?

Twitter, Facebook, and a raft of digital platforms have now booted President Trump and/or his campaign. But should billionaire despots have such raw power? Can government begin to define how such platforms work? Already in...