Last week I interviewed Tik Tok’s head of monetization and partnership, Matty Lin and a talent manager who represents top TikTok artists, Billy Mann, at Techonomy’s Virtual Reset + Restore conference. We focused in that interview mostly on commercial considerations, but here are my thoughts on this moment when TikTok finds itself front and center.

TikTok is a short-form video app that lets creators on all rungs of the climb-to-fame ladder to fame post 15-second videos, shot from their smartphones. You see a lot of enthusiastic dancing (and more dancing), singing (especially lip-synching and karaoke), humor (often sophomoric), and meme-creation.  TikTok is owned by ByteDance, a Chinese company based in Bejing. Because it is controlled by a Chinese media conglomerate and became an almost overnight success as the social media of choice for U.S. 16-24-year-olds, TikTok is being scrutinized and dissected by everyone.

Like all social media platforms, viewers can scroll through post after post expressing their likes and dislikes, believing they are the masters of what they see. But as with the others, algorithms work behind the scenes dishing up more of the content the algorithms calculate that the viewer will love.

Reasons to be fearful?  First, technology.  Powering TikTok arearguably the most advanced algorithms in the business. TikTok can understand and analyze tech, images, and video as well as use natural language processing and computer vision technology. Who knows what it can figure out besides which video you’d like to see next? Second, Chinese ownership. Lumping it together with other tech companies like Huwaei and Zoom (Zoom is not a Chinese company though its CEO was raised in China and is now a U.S. citizen), TikTok’s critics worry that a site run by a Chinese company and with such powerful algorithms cannot be trusted. Ironically, TikTok is not available in China. China uses a domestic version of the app called Douyin.

Amidst its meteoric rise, a TikTok backlash has begun in earnest. The U.S. House of Representatives voted this week to ban federal employees from downloading it on government-issued devices. The policy is part of a package of bipartisan amendments to the National Defense Authorization Act, which the Senate is expected to vote on very soon.

The pushback is global and from diverse corners. The Indian government recently banned TikTok, citing national security concerns. (The Indian and Chinese governments are involved in a border dispute, and other Chinese software was also banned.) Wells Fargo very publicly banned TikTok from company phones. Amazon briefly banned TikTok as well, but the ban was rescinded almost immediately, for unexplained reasons. The Army and Navy earlier banned the app from government-issued phones.

Meanwhile, Secretary of State Mike Pompeo is on the TikTok warpath. He has threatened repeatedly to ban it entirely in the United States. Now, in a new development, the Trump campaign is running ads on Facebook advocating that TikTok be banned in the U.S.  (The ads ask users to sign a petition offering their email and phone number and began appearing shortly after TikTok users hijacked the Trump Rally in Tulsa Oklahoma.) In Hong Kong, TikTok has been removed from the Google and Apple app stores.

Why would America care so passionately about a bunch of “bored out of their brains” teens making silly videos?  Let me count the ways.  Or you can count them yourselves by visiting Wallaroomedia. The usage numbers are staggering and not only for downloads but for online engagement. On that, TikTok beats out Facebook, Snap, Instagram, and Twitter. During the pandemic, usage has skyrocketed, with families, the elderly, and every celeb and celeb wannabe jumping onto this creative platform.

In the midst of the pandemic’s financial mayhem, advertisers are desperate to reach the new generation of Gen Z’ers who are are often said to “love brands that are authentic and stand for something”. Brands waxing poetic about the success of their TikTok campaigns include Chipotle, Mucinex, Guess Jeans, the NBA, RedBull, and others. Such ads typically feature the site’s young influencers, interacting with (not seeming to be shilling for) its products.

There’s now a TikTok Creator marketplace that facilitates hookups between influencers and brands.  A growing number of talent agents, like Mann who appeared at Techonomy Virtual, help brands match their TikTok campaigns with the right influencers. TikTok has become a mashup of America’s Funniest Home Videos and Talent Search. The monetization plan for the site most definitely is advertiser supported.

Like all social media platforms, TikTok is also having an activist moment. It’s had a hand in shaping community responses to Black Lives Matters and The Trump Tulsa Rally. It seems like everybody who’s anybody now has their own TikTok following, including Jimmy Fallon (an early and ardent TikToker), Dr. Phil, Bill Nye, and Nikki Minaj.

The Only Way Forward

From where I sit, TikTok is making the right moves towards being a socially responsible platform. It issued a number of transparency reports on precisely what information it acquires from users and where that information is housed.  Movements like TikTok for Good include initiatives for climates change, education, COVID information, and more.

TikTok recently pulled its app from the Hong Kong market to protest new Chinese security initiatives. The Bytedance subsidiary’s new CEO, Kevin Mayer, is an American and former high ranking Disney executive. And during prep sessions last week for our Techonomy interview, I noticed that TikTok executive email addresses changed midstream from .bytedance.com to .tiktok.com. These seem to be  signs that TikTok is distancing itself from its Chinese ownership and possibly that Bytedance is even preparing to spin it off into a US-based company to satisfy critics.

On one hand, the TikTok hubbub seems like a tremendous amount of intrigue over a site full of kids acting out their fantasies and emotions online. Longer terms it seems likely that once advertisers invade en masse, the kids, as is their pattern, will pick up their tent stakes and move on to the next big thing.

Yet there’s something undeniably juicy about the TikTok affair in this pandemic moment.  It stirs together geopolitical tensions, a critical young demographic whose life has been confined to screens for months and is more focused than ever on issues of social justice, and brands urgently seeking a new, more honest voice as their businesses struggle and skepticism about business grows. Will TikTok get its green card and become TikTok USA or will it have to decamp for other shores? 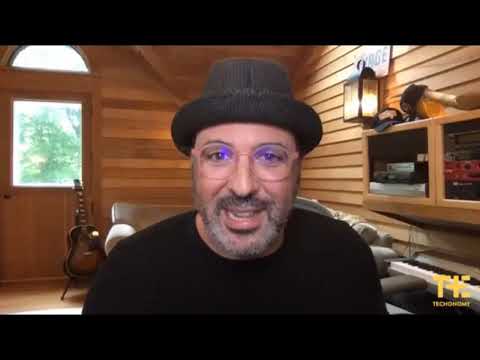 It’s no secret it has blown up and changed social media, allowing creatives to express themselves, and turning everyone into creatives. And now more and more brands are finding ways to collaborate with these largely...