Secure internet authentication with today’s technology is more and more difficult. Even two-factor authentication is not enough. But at UC Berkeley, the next frontier in biometrics-based security is emerging: meet passthoughts—your brainwaves as an identifier, unique to an individual yet changeable anytime. It is increasingly difficult to authenticate users on the internet. As phishing scams proliferate to capture and use passwords, new solutions are needed. The most typical response today is to turn to two-factor authentication, using both a password and a second method of identifying the user, like a text message or a fingerprint. But there are only a limited number of devices available to consumers to use for that second factor. And those systems are not necessarily secure; text-message-based authentication has already proved vulnerable to hackers.

The most common alternative “second factor” is biometrics, such as fingerprints or iris scans. Because biometrics are unique to users, they are a tempting means of authentication. But biometrics have their own flaws. Not least, they are increasingly hackable; researchers have already demonstrated they can replicate fingerprints with a surprising degree of accuracy, using only a high-resolution photograph. With 3D printers becoming more common, it may soon be possible to replicate an entire three-dimensional fingerprint. Even more importantly, biometrics are unchangeable. Once your fingerprints or iris scans are hacked, it’s like giving away a unique personal password for life.

But what if the future of authentication could involve a different type of biometrics: one that is both unique to the individual and changeable. At UC Berkeley’s Center for Long-Term Cybersecurity, we are supporting precisely such an approach. Led by Professor John Chuang, our researchers are studying how we create three-factor authentication, using our brainwaves (yes, really!) to lead the way.

Imagine wearing a small device in your ear, shaped like an earbud. Now think a phrase, let’s say “Mary had a little lamb.” Now imagine that, as you think the phrase, the small device reads your brainwaves, using an EEG sensor. It identifies a particular pattern of brainwaves. Now think the phrase again. In early studies, our researchers have uncovered that you will see a repeatable pattern of brainwaves, when provoked by the same thought. Even better, if I think the same phrase that you were thinking, I will have a repeatable pattern—but it won’t be the same as yours.

If Professor Chuang’s team is successful, we can imagine a future of not just two, but three-factor authentication using this technology.

In addition to adding an additional factor, there are two huge benefits to this type of authentication. First, it is simultaneous. Unlike those annoying text messages or passcodes plus fingerprints, all three factors here work at once. And second, unlike other biometrics, this technique is changeable. When your fingerprint gets hacked, you’re toast. When your brainwave pattern gets hacked, it’s no big deal; just change your passthought (switch from “Mary had a little lamb” to “Three Blind Mice”) and a new pattern will recur.

It’s worth considering that other technologies are coming down the pipeline that may eventually threaten even three-factor authentication. Artificial intelligence and machine learning were two hot topics at the major security conferences this year, and we have to imagine that adversaries will seek to use them to infiltrate any new type of authentication we use. If brainwave patterns are predictable, then machine learning could eventually use your pattern from one passphrase to predict another. Moreover, adversaries could try to trick the algorithms designed to match brainwaves, training them on faulty data so that they can no longer identify a brainwave match.

If one thing is for certain, it is that passwords are not the future of authentication online. With new techniques like “passthoughts,” we’re hoping to create a more secure online future. Betsy Cooper is the Executive Director of the Berkeley Center for Long-Term Cybersecurity.  Betsy came to UC Berkeley from the Department of Homeland Security, where she served as an attorney advisor to the Deputy General Counsel and as a policy counselor in the Office of Policy. Betsy, a graduate of Yale Law School, previously clerked for Judge William Fletcher on the Ninth Circuit Court of Appeals.  She also completed a postdoctoral fellowship at Stanford’s Center for International Security and Cooperation, as well as a Yale Public Interest Fellowship. Prior to her arrival at Berkeley, Betsy worked for over a decade in homeland security consulting, managing projects for Atlantic Philanthropies (Dublin, Ireland), the Prime Minister’s Strategy Unit in London, the World Bank, and a number of other think tanks. Betsy is also the author of over twenty manuscripts and articles on US and European immigration and refugee policy. In addition to her law degree, Betsy holds a DPhil in Politics from Oxford University, an M.Sc. in Forced Migration from Oxford University, and a B.A. in Industrial and Labor Relations from Cornell University.

Can The Internet of Things be Secured?

When the entire internet can grind nearly to a halt because IoT devices have been harnessed for a denial of service attack, we have a problem. As we move to secure the vast network of... 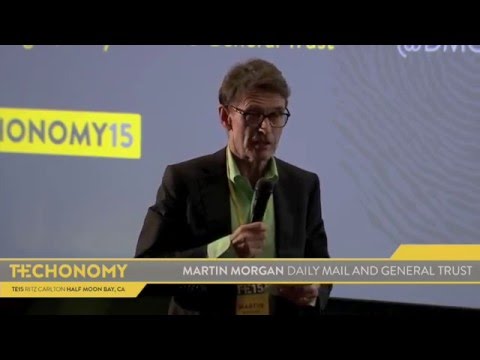 Martin Morgan of the Daily Mail and General Trust at Techonomy 2015 on the inter- related issues of privacy, cybersecurity and the freedom of press/expression.