Welcome to The Great Reset As the surreal impact of the pan-global pandemic sinks in, we can all be forgiven if we feel suddenly thrust into a dystopian science fiction movie. When it comes to work and our economies, The Great Reset has accelerated so many tech-fueled trends that the list grows daily. To paraphrase sci-fi author William Gibson, the future of work is here. It’s just not evenly distributed.

We’ve known for some time what we needed to do. We’ve talked about Digital Transformation, Agile Organizations, and Lifelong Learning until they’ve become cliches, more observed in aspiration than in practice in too many organizations.

Then along came a virus.

And societally, we are rapidly turning into Amazon-ordering, Zoom-clustering, auto-cocooning consumers. (Nothing new. Just exponentially more.)

The speed and scope of these changes dwarf prior shifts so dramatically that we would have probably stopped binge-watching any streaming video movie that hung its narrative on such an implausible plot. Superlatives fail. The exponential curves of technology adoption like the microprocessor and the smartphone used to be the sole purview of Singularity University lectures (including mine, on the future of work). But the progression of the novel coronavirus has seared the image of hockey-stick growth on a billion minds.

But there is a reverse hockey stick at work, an exponential Slump. It’s called Jobs.

We have seen this script before. Each of the modern economic downturns – early 1990’s, 2001, the Great Recession – had a seismic impact on the world of work. But to take the risk of quoting those pundits of exponential change, Bachman Turner Overdrive, you ain’t seen nothing yet. John Hagel from Deloitte’s Center for the Edge calls these tectonic transitions Big Shifts. The Great Reset may become the Biggest Shift in our lifetimes.

What happens in such transitions?

The Unemployment Slump is likely to happen in three phases.

So here in Phase One, if we want a thriving Phase Three economy, we need to get busy. We must:

We need to do this because it’s the right thing to ensure every human has access to meaningful, well-paid work. Or, if that’s not enough incentive, do it because otherwise, you won’t like the economy we get later.

The Great Reset will forever transform everyone’s lives in many ways. The most important way is that this virus has in a few short months shown us the interconnections between virtually every human life on the planet. But after the health of people comes the health of work and the economy.

No human left behind.

Gary A. Bolles is the Chair for the Future of Work with Singularity University. He posts regularly on LinkedIn. Gary A. Bolles is the co-founder of eParachute, Inc., a San Francisco Bay Area-based startup focused on helping job-hunters & career changers, inspired by the best-selling career book of all time, “What Color Is Your Parachute?”

Bolles is also the co-producer of “Closing The Gap,” a new event focused on strategies for increasing economic mobility in the face of tech-driven disruption, in Palm Beach, Florida.

Bolles has produced a variety of conferences and strategic events. He is a co-founder of SoCap, SocialCapitalMarkets.net, the premier gathering for impact entrepreneurs and investors, and was the co-producer of DGREE.org, a 2010 conference focused on the future of higher education. He has served as consulting producer for numerous strategic events for clients such as Google, Yahoo!, Singularity University, TED, the United Nations, L’Oreal, and the London Business School. Formerly, Bolles was also the editorial director of technology publications such as Yahoo! Internet Life, Inter@ctive Week, and Network Computing, as well as the on-screen host of TechTV’s “Working the Web.” 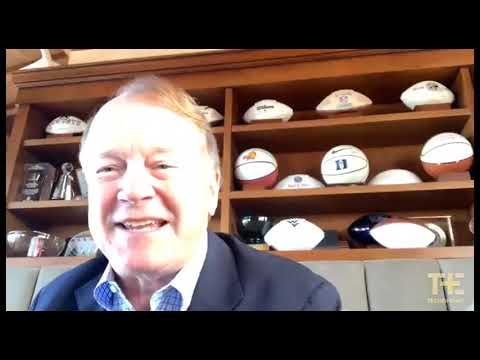 The inaugural online roundtable hosted by Techonomy Media last Friday featured longtime Cisco CEO John Chambers, who now spends much of his time advising 18 startups in which he has invested. He tried to remain...