Martin Sorrell is one of our era’s great marketing and advertising leaders, but also something of a sage. His close attention to societal trends and the global economy makes him authoritative. So when he told a Techonomy online roundtable last week that he expects economic recovery to really take hold by the fourth quarter, it was welcome news. (When he said President Trump would likely get re-elected, maybe not so much.)

That Sorrell is thus viewed as an optimist is testimony to how quickly sentiment has shifted. When Techonomy did its first online roundtable just two weeks earlier, John Chambers predicted that recovery would not come until “the December timeframe.” It was seen as terrible news. Now recovery by the end of the year seems soon, compared to other possibilities.

But Sorrell is, after all, a master marketer. When he turned to the changes in his industry and in business generally it was with more optimism, though he made clear that we are seeing epochal changes, and not all will be easy to digest. He told the 150-or-so Techonomists who assembled on the Zoom broadcast that he saw three fundamental shifts underway. He summarized them: “At a consumer level, a media level and most importantly at an enterprise level, digital transformation will accelerate.”

“Consumers, having experienced work from home, with all its challenges and its inadequacies and issues of mental health and child care…when they do go back to the office they will be using tech more aggressively, and have changed their consumption patterns and gotten used to corresponding and communicating more with people online.”

In media, he is seeing publications like Campaign, the UK marketing industry periodical, completely shutter its physical print edition. Those won’t come back, he said. “Media owners will shift faster to digital execution.”

And the final transformation, Sorrell said, was how a post-Covid landscape will change business generally. The long-delayed reckoning with digital—in which companies accept that they have to fundamentally restructure their businesses––will finally arrive. Now, Sorrell said, “the economy in the second quarter will be in deep doo-doo. And enterprise managers will come to the view that the destruction that digital transformation threatened to what was a pretty good environment, now that doesn’t matter. Before, they didn’t want to cause too much disruption. But now…we’ll take the bath, take the hit, write off those non-cash costs on the balance sheet and take the digital transformation.”

And the shift to digital in the $1.7 trillion global advertising industry will get supercharged, he said. Of the $5-600 billion that is spent on media and advertising, the 45% that is digital was already growing at a rate of about 20% even before the crisis. “The other part [analog media] must be cratering,” he said.

He spends a lot of time thinking about China, and is distressed that the world’s two largest economies are doing such a bad job getting along. “We have to find a way for the two top dogs to co-exist in a constructive way,” he said. So how, I asked as moderator, should that happen?

“I wish I had an answer to your question,” he replied, not too helpfully. “All I know is that by shunning China, what do you do? Force them into a belt and road initiative. Force them into slowly infiltrating–maybe that’s the wrong word to use–Europe, Latin America, Africa, Asia.” He had recently visited Nigeria and Pakistan, and found that in both of them China is the largest foreign investor.

Finally, that point about Trump likely getting re-elected. Here’s how Sorrell sees it: “If you look where Covid-19 has hit most, it’s been the East Coast and the West Coast. And if you look at the incidence in counties where Trump’s votes were­–I saw a statistic somewhere showing it was 19% [of total U.S. cases].”

Techonomy continues its online Zoom roundtables this Friday at 11am with Steven Levy, author of the new book Facebook: The Inside Story. Only two corporate histories have ever been written with the company’s cooperation. My own, The Facebook Effect, in 2010 and now Levy’s book. So we’re calling the session The Facebook Authors Summit. If you want to understand how this colossus of global media is reacting to the crisis, and where it goes next, join us.

Learn more about all of our upcoming virtual events and sign up for updates here.

We drew on our audience to conduct a series of polls. Here are the results: 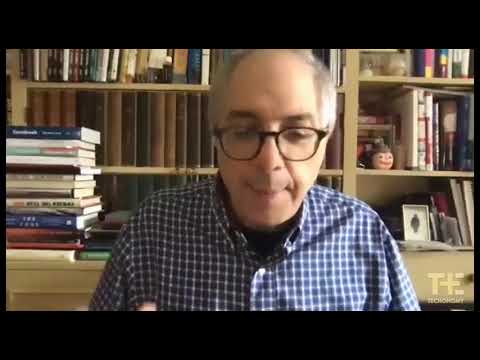 Steven Levy, longtime author and editor at large for Wired, told a Techonomy online audience in early April “I’m not one to write a polemic.” But as he let the facts speak for themselves, they...