Retail Experts on a Strategy for This Weird New World

One thing that has indisputably changed in this weird, altered world we’re all now in is how we shop. In late April of the lockdown era, Techonomy brought together two experts on those changes and how to understand them.

Oliver Chen is as well-versed in the shopping experience as anyone, as the well-regarded, veterans securities analyst at Cowen & Company. He closely follows 35 retailers, from Costco and Walmart to Peloton and luxury purveyors like Louis Vuitton. We paired Chen with a practitioner whose entrepreneurial company, started seven years ago, has just grown up fast—Chieh Huang of Boxed. He’s CEO of the online wholesaler that competes with Sam’s Club and Costco. It’s now running 24/7, and btw had toilet paper in stock the day of our conversation.

How Boxed has had to react underscores the drama of the period. Huang spoke from the same house where the company started in his garage. But this year it will do “well over” $100,000,000 in revenue. Since Covid-19 started to drive everyone indoors at the end of February, Boxed has seen “unabated growth.” It is daily selling “hundreds of pallets” of toilet paper and paper towels. But staffing up hasn’t been simple, since its three major fulfillment centers across the country are heavily automated: “You can’t just hire someone who can fog a mirror and expect them to operate robotic [systems] in the next hour.”

Chen had lots to say about the shakeout and radical shifts that retail is experiencing. Of big department store chains, he expects J.C. Penney to file for bankruptcy, while Macy’s has cash to hold out for four months before hitting a crisis. For Kohl’s it’s 6 months, and 12 for Nordstrom. With one in four Americans working in retail, figuring out who will survive is critical.

But what will determine the long-term winners, Chen explained, is how well they navigate “the new contactless experience.” Curbside pickup, long available from some stores but not much used, is exploding, he says, with 13-17% of Americans using it. “As we think about the Amazon framework and how retail can survive and thrive,” Chen said, “we think about three ‘C’s’–convenience, culture, and product curation.” As for the colossus itself, he says the core of what Amazon has done well is “convenience, supply chain, and pricing…They really changed that for America.”

But the culture question loomed surprisingly large. Chen said consumers now consider “authenticity” a real concern. That means how a company intersects with its community, treats it employees, and operates sustainably. Boxed takes such issues seriously, Huang explained. It helps employees pay for “life-changing events” like family illnesses and even weddings. He acknowledges that during the Covid epidemic “we’re asking our frontline employees to step up into what anyone could perceive as a pretty dangerous environment.” But, he continued, “we haven’t had many call outs [or absenteeism] in our fulfillment centers because when we say we care about them and we’re going to do everything possible to keep them safe, they know we’re not full of shit.”

Chen said Boxed is in the right spirit. “The survey data really shows that the younger customer particularly cares about mission and purpose.” He says transparency matters more and more, and that executives are “rethinking companies in terms of stakeholders, including society.” Retailers are redirecting their resources. “Wouldn’t you rather spend all those dollars you would have spent on a fashion show [instead] on creative ways to help the health and wellness of the earth?”

Another area where both speakers see change coming, as part of the mass shift engendered by the Covid moment, is in the so-called “pink tax,” meaning products for women that cost more than essentially identical products for men. Boxed, prodded by its own female employees, has taken action on two different types of “pink tax.” Normally, pink razors are more expensive than blue ones, for example. And tampons, an obviously essential item, are subject to state sales tax in many states, while condoms or even Rogaine are considered healthcare items and thus not taxable. Boxed now rebates those differences to women customers.

Despite the massive shift to online shopping, Chen says major stress is hitting so-called “direct-to-consumer” (DTC), or “digitally-native” retail brands. Sales are down as much as 80%. Sales for the upcoming holiday season he expects will be 30-50% lower, on balance. He expects consolidation in that industry, with larger companies like Warby Parker or Harry’s potentially buying up weaker ones.

Venture capitalist Karin Klein, a veteran techonomist, asked what would be the single most important act the two would take if they were in the shoes of the CEO of a large traditional retailer. “Find a full case of beer,” replied Huang, before saying the new landscape will be all about finding e-commerce points and getting goods closer to the consumer. “I’d heavily pivot some of my underperforming stores to become pickup locations,” he said. As for Chen, he’d focus on health and safety, both for employees and customers. He also would harness store talent to accommodate unique local issues and give back to communities in need.

But, said Chen, “I’m optimistic because I’m in retail.” He added, “retail is about fantasy, retail is about reinventing itself. So at the core of retail is innovation.” Huang feels the same way: “If you’re in retail you have to be an optimist. You open your doors every day and you just hope people are going to come.” But the hardly surprising fact is, as Huang put it, “we’re truly in uncharted territory.”

Techonomy drew on its live audience during the roundtable to conduct a few polls. Here are the results: 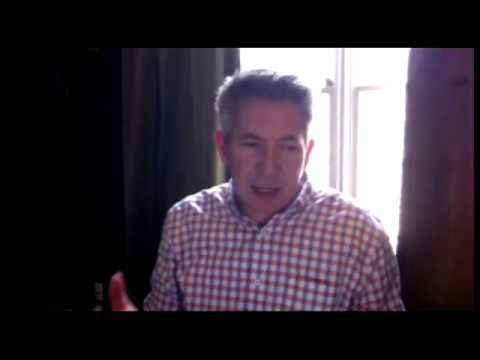