American scientists pioneered the field of synthetic biology, and the U.S. government funded the research that catalyzed commercialization of its earliest products. But unless key players in the U.S. get their act together soon, other nations will dominate the booming multibillion-dollar industry. “What is at stake here is the future competitive advantage of countries, especially the U.S.,” says Nancy J. Kelley. American scientists pioneered the field of synthetic biology, and the U.S. government funded the research that catalyzed commercialization of its earliest products. But unless key players in the U.S. get their act together soon, other nations will dominate the booming multibillion-dollar industry. “What is at stake here is the future competitive advantage of countries, especially the U.S.,” says Nancy J. Kelley.

Kelley, an attorney and executive whose work has supported the biotech and life sciences arena for more than 20 years, including as the founding executive director of the New York Genome Center, voiced her concerns about U.S. competitiveness in synthetic biology at both the Techonomy Bio and Techonomy 2014 conferences this year.

The infant industry applies an engineering approach to designing biological parts, devices, and systems at a molecular level for uses in energy, agriculture, medicine, and bioremediation. Kelley says it is expanding at a compound annual growth rate of 46 percent. Global economic activity in synthetic biology comprised about $1.6 billion in 2011. By 2016 that figure will reach $11 billion, Kelley predicts, and keep going up.

And while most of the 130 new synthetic biology companies that launched between 2009 and 2013 are U.S.-based, Kelley sees signs that future expansion may happen elsewhere. “The European Commission, the U.K., and China really understand what this means for employment, economies, and the creation of wealth,” Kelley says. All three have created industry roadmaps, committed national or regional funds for synthetic biology development, and are building ambitious infrastructure. Meanwhile, the U.S. government has taken little action to promote investment in a synthetic biology infrastructure or to develop policies, she warns. Noting the strong presence of U.K. companies at the recent SynBioBeta conference in San Francisco, Kelley says, other countries “are investing in ways that may surpass the efforts of the U.S.”

With funding from the Alfred P. Sloan Foundation and the Synthetic Biology Engineering Research Center (Synberc), Kelley led an initiative last year to develop a strategic action plan to advance the field in the U.S. She will share her team’s findings—based on more than 100 interviews with synbio leaders across sectors and reviews of nearly 500 documents—at the Pacific Rim Summit on Industrial Biotechnology and Bioenergy in San Diego today.

Jay D. Keasling, director of Synberc, a multi-university research center established to help lay the foundation for synthetic biology, and professor of chemical and biomolecular engineering at the University of California, Berkeley, shared the group’s findings in testimony before Congress in July. He called for a new national initiative in engineering biology to support and strengthen synthetic biology research, infrastructure, and commercialization.

However, Kelley says, little activity has taken place in response to Keasling’s suggestions or the strategic plan since it was published more than 6 months ago.

That’s why Kelley is now urging the creation of a national synthetic biology organization that would convene stakeholders from commercial entities, academia, foundations, and government to create infrastructure, discuss policy, develop regulations, prioritize the development of tools and fundamental research, and engage the public on education and ethical issues.

With related goals, Synberc was established in 2006 to lay the groundwork for the field and nurture the development of an industry. But its future is in jeopardy. The “Synberc Sustainability Initiative: Strategic Recommendations and Plan,” released in May 2014 by Nancy J. Kelley & Associates states:

“Synberc has built an infrastructure (through registries, repositories, fabs, software tools, new scientific centers, and numerous affiliated organizations) that supports constructive competition and the production of tools and knowledge needed to responsibly and productively advance synthetic biology. Its work has supported the development of numerous new applications in the energy, chemicals, health, and agricultural industries, and it has forged strong relationships with a wide range of companies that are building products that are fueling the development of the global synthetic biology industry.”

But Kelley notes that Synberc’s community coordinating role will be left unfilled when the organization’s National Science Foundation grant expires in 2016.  Meanwhile, the field of synthetic biology is evolving, with little attention being paid to how to responsibly sustain it in ways that will promote public acceptance, scalable solutions, and strong commercial entities, she says.

“In the absence of a legitimate responsible voice, interest groups opposed to biological engineering are educating the public,” Kelley says. Without a new non-governmental organization to coordinate and lead an integrated, strategic approach to developing synthetic biology excellence, she says, “We run the risk that this industry will be stymied [or, at the very least, fragmented or siloed] in its infancy.”

As the report that Kelley’s team issued earlier this year concludes:

“Next-generation synthetic biology will create new opportunities to address many of the most pressing global challenges we face. It will provide nations with broad techno-economic and competitive advantages.”

If the U.S. is to continue to play a leadership role in growing the industry it birthed, stakeholders across the country will have to step up to cooperate and lead. Innovating Tools for Quantifying the Self, and Future Self 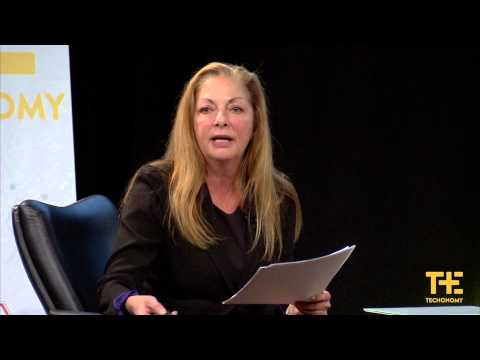 In this video, Nancy J. Kelley, former founding executive director of the New York Genome Center, gives a presentation of the economic, social, and regulatory implications of biology. Kirkpatrick: Next, I want to introduce Nancy Kelley,...