There’s huge controversy in India over Facebook’s “Free Basics” Internet plan, part of the global Internet.org initiative the company has been spearheading. Facebook’s aim, it says, is to get more people onto the Internet, since being online is essential for participation in any modern economy. In India, however, the project is encountering fierce resistance from elites who say it violates “net neutrality.” But do all the critics–mostly upper-class and affluent Indian pundits, professors and anti-corporate activists–have a better way to get many millions of less-privileged Indians onto the Internet? Do all these elite and generally upper-class and affluent Indian pundits, professors and anti-corporate activists have a better way to get many millions of less-privileged Indians onto the Internet?

I returned recently to my New York apartment from an appearance on Bloomberg TV’s morning show, Bloomberg Go. I had talked on air about the controversy in India over Facebook’s “Free Basics” Internet plan, part of the global Internet.org initiative the company has been spearheading for the last couple years. Then, staring at my computer as usual, I decided I needed new razors. So I signed up to try a “shave plan” from startup Harry’s, which has made waves challenging Gillette with less expensive but stylish products served up online. Harry’s offered a free trial with a razor and three blades, so it was a no-brainer.

Facebook’s aim, it says, it to get more people onto the Internet, since being online is essential for participation in any modern economy. Free Basics gives away data to otherwise disconnected people so they can go online for free to a limited group of services including Facebook, Facebook Messenger, Wikipedia, weather information, and a few other apps. These are typically people of limited means who otherwise barely know what the Internet is. The idea is that giving them a free taste of the Net will lead them to like it and decide eventually to pay Facebook’s mobile carrier partner for a data plan, bringing them into the Internet ecosystem. Facebook shows them no ads and makes no money from the transaction. It only spends money making this all happen.

In India, however, the project is encountering fierce resistance, so much so that voices in Facebook’s defense are hard to find. Responding to the growing outcry, the country’s telecom regulators have suspended the participation of wireless carrier Reliance, Facebook’s Indian partner, pending a formal decision in early January on whether Free Basics is legal.

Many opinion pieces have been published in Indian newspapers opposing the plan. About 50 Indian IT professors have written a statement in opposition. There are many supposed arguments against Free Basics, but the most popular is to invoke “net neutrality,” a fuzzy concept that is mostly in the eyes of the beholder. To the degree net neutrality has a definition, it refers to an Internet access provider taking measures to give special advantage to certain content in an anticompetitive way.

The plan’s opponents want Facebook to suspend its plan (which is already operating, generally with little controversy, in 36 other countries from Angola to Vanuatu). In sum, their argument is that the company shouldn’t give anything away for free unless it gives everything away for free. The Internet is not the Internet unless it is the whole Internet, they say. And so, it would be better if Facebook gave away nothing. Coming from commentators who have so much, that sounds to me like elitism.

One even took an Alice in Wonderland down-is-up point of view earlier this year, writing that the program is “denying the wonder and the width of the internet to the young and knowledge-hungry.” Mahesh Murthy’s piece actually accused Facebook of “economic racism.” Some U.S. writers have piled on as well, including Alice Truong at Quartz, who recently called Free Basics“discriminatory,” and “poor Internet for poor people.”

The politically-correct thing in India is apparently to say that big bad Facebook is an American imperialist, bent on subjecting our hapless citizens to its dictates. The whole thing has a strong odor of anti-capitalist, anti-corporate, and anti-American bias. Those professors even wrote in their statement that “allowing a private entity…to control what content costs” is “lethal.” Wait a minute–can’t companies control their own pricing? Aren’t “free trials” a long-standing tradition in business?

Which brings me to my non-purchase of razors from Harry’s. Would the anti-Free Basics crew in India argue that Harry’s shouldn’t have the right to give me such an offer? Is it wrong for a car dealer to let me go out for a spin before I decide whether or not to buy? Are magazine trial subscriptions wrong?

Or perhaps the argument really is that Facebook is just too big, and a corporate giant shouldn’t have the right to use its vast resources for its own benefit. At least that argument would be understandable. But it would be profoundly anti-capitalist.

Facebook got big because it figured out how to build a core service that human beings like–connecting to one another. I wrote about this in great detail in The Facebook Effect, my history of the company. Now over 1.5 billion people have decided they like that service.

Yes, Facebook is a giant corporation. It has tons of money. And there is no question that if Free Basics succeeds in getting many millions of new Internet users online then Facebook can potentially benefit by acquiring them as customers and making money by showing them ads.

But Mark Zuckerberg is not only a uniquely-successful businessman and corporate strategist. He is someone who thinks what he is doing is good for people. There is nothing wrong with a company aiming not only to make money but also to make a positive difference. And this one has that aim as much as any big company I’ve ever seen. It seems to me that the entire Internet.org program is driven as much by idealism as by corporate self-interest. As Zuckerberg told mewhen he was first talking publicly about Internet.org back in 2014, “If we can connect everybody in the world—will that be good for Facebook? Of course. But that doesn’t mean it isn’t also good for other people.” This week he wrote a controversial defense of Free Basics in The Times of India, explaining the many reasons he thinks his project is an unalloyed good. Perhaps, given the breadth of local opposition, it was imprudent for him to ask, “Who could possibly be against this?”

Do all these elite and generally upper-class and affluent Indian pundits, professors and anti-corporate activists have a better way to get many millions of less-privileged Indians onto the Internet? If they don’t, their arguments are hollow. It’s hard to understand why Facebook shouldn’t be able to subsidize new customers’ entrance into the contemporary world of information power. For the poor, the opponents’ arguments add up to literally nothing. That’s what those people would get without Free Basics. But then, that’s what such people have had in India for millenia.

This article was originally published on LinkedIn, where by early January it had garnered 251 comments, many of them from Indians outraged by Facebook’s plans..

There's huge controversy in India over Facebook's "Free Basics" Internet plan, part of the global Internet.org initiative the company has been spearheading. Facebook's aim, it says, is to get more people onto the Internet, since... 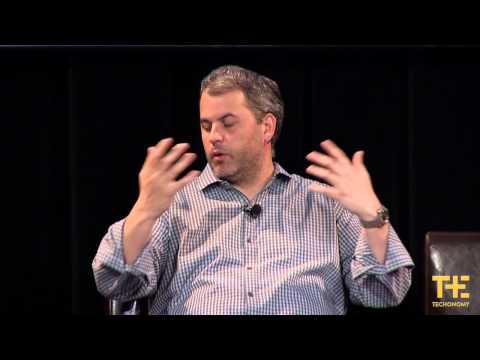 It’s called the Internet of Everything rather than of “things,” because it is increasingly apparent that we are part of an interlaced reality. Whether it’s a Fitbit, video memory augmentation, apps that connect our friends...

Algorithms and Values at Facebook The information that over 1.5 billion people see every day is determined by the algorithms embedded in Facebook’s news feed. How do those algorithms work and what values do they...

There's huge controversy in India over Facebook's "Free Basics" Internet plan, part of the global Internet.org initiative the company has been spearheading. Facebook's aim, it says, is to get more people onto the Internet, since...