A Technoskeptic’s Take: Makers Are Suckers

Do-it-yourselfers with access to advanced tools and technologies are poised to democratize manufacturing, enable a bottom-up industrial revolution, reinvent retail, even remake America—at least that’s been the optimistic take. Evgeny Morozov offers a contrasting negative view on the so-called Maker Movement. In the context of a historical summary of the Arts and Crafts movement in early 1900s America, Morozov, a Belarus-born writer and Harvard history of science PhD candidate, suggests that modern “makers” are unwitting corporate pawns. Stewart Brand at the Techonomy 2013 conference near Tucson, Ariz.

Do-it-yourselfers with access to advanced tools and technologies are poised to democratize manufacturing, enable a bottom-up industrial revolution, reinvent retail, even remake America—at least that’s been the optimistic take.

Evgeny Morozov offers a contrasting negative view on the so-called Maker Movement. In the context of a historical summary of the Arts and Crafts movement in early 1900s America, Morozov, a Belarus-born writer and Harvard history of science PhD candidate, suggests that modern “makers” are unwitting corporate pawns.

Already known as a prolific techno-skeptic essayist, Morozov’s New Yorker article says those who hail DIYism as revolutionary are ignoring the pervasive power of the technology industry that spawned—and benefits from—maker culture. “The lure of the technological sublime has ruined more than one social movement,” he cautions, recalling an early 20th century Arts and Crafts advocate “who believed that, once ‘cheap electric power’ is ‘at every village door,’ the ‘emancipation of the craftsman and the unchaining of art’ would naturally follow.” Morozov asks, “What electric company would disagree?”

The 1960s counterculture revival of some of the ideals of the Craftsman movement, he argues, “endorsed savvy consumerism as a form of political activism.” Morozov quotes from a panel that took place at the Techonomy 2013 conference with Stewart Brand, whom he calls the “chief proponent of such views,” in which Brand compared Berkeley’s political activism of that era to Stanford’s maker activism: “Around Berkeley, it was free speech movement, power to the people. Around Stanford, it was “Whole Earth Catalog,” Steve Wozkniak, Steve Jobs, people like that … the stuff came out of the Stanford area, I think because it took a Buckminster Fuller access-to-tools angle on things.”

But Brand, according to Morozov, persuaded his 1960s peers that they were rebels by “convincing them they were hackers.” Morozov, 29, calls the 75-year-old Brand and others in his “Whole Earther” circle “naïve”:

“Seeking salvation through tools alone is no more viable as a political strategy than addressing the ills of capitalism by cultivating a public appreciation of arts and crafts. Society is always in flux, and the designer can’t predict how various political, social, and economic systems will come to blunt, augment, or redirect the power of the tool that is being designed. Instead of deinstitutionalizing society, the radicals would have done better to advocate re-institutionalizing it: pushing for political and legal reforms to secure the transparency and decentralization of power they associated with their favorite technology.”

Today, says Morozov, who has authored two books calling out the dangers of net-enabled personal intrusion, individuals mistake pocket-sized computers for tools of liberation, when, actually, we’ve “surrendered  control of our data, which is stored on centralized servers, far away from our pockets.”

He holds up the blog Cool Tools, curated by Brand’s former colleague Kevin Kelly, as evidence that “the main thing it takes to be a maker is a credit card.” And he lumps movement pioneers, such as Make Magazine publisher Tim O’Reilly and TechShop CEO Mark Hatch, into a category of “intellectual entrepreneurs eager to capitalize on the new counterculture.” (All of them have been speakers on Techonomy programs.)

Morozov doesn’t seem to be doing too bad himself, capitalizing repeatedly on critiquing these sins. But what about the makers themselves—the innovators who’ve grown businesses, created jobs, and solved problems building new products with formerly inaccessible tech tools? At least for this essay, it seems, Morozov didn’t come down from the ivory tower to get their side of the story. 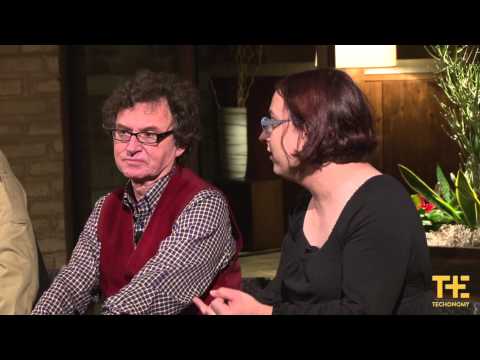 What the Dormouse Says Now

If the counterculture of the late 50’s and 60’s was the progenitor of the PC industry and all it led to, what kind of “culture” is driving the evolution of information technology today? Are those... How the ’60s Counterculture Is Still Driving the Tech Revolution