Reflections from Ross: On Techonomy 2016 (of course)

We’re 6 weeks out from our annual Techonomy conference. It starts the day after the election, so we’ll talk intensely about what the outcome means for business, the tech industry, and tech as a tool. Much content this year relates to the continuing march of the Internet of Things. And we’ll tackle longer-term questions like whether, once AI intersects with the IoT, this ultimately leads to a sentient cyber ecosystem that intuits and responds to our every move. We’ll also talk about cities, shipping, and social media. It’s the conference for people who want to understand tech deeply so they can be more effective. We’re about five weeks out from our annual Techonomy conference.  So here’s a little update on what you can expect if you’re able to join us in California on November 9. (The conference goes through the 11th.)

It goes without saying that day after the election we’ll be talking about the election.   We’ll kick off the conference with a great big…WTF?!  and hopefully a big TGIO (Thank Goodness Its Over). Much of the content this year relates to the continuing march of the Internet of Things.  On an elevated and long-term level, we’re thinking about whether or not this eventually leads us to a sentient cyber ecosystem, one that intuits, adapts and responds to our every move and thought.  On a more practical level we’re looking at it how it (along with the associated advances of artificial intelligence) is impacting everything from businesses to cities and oceans.

An important component of our program is the “180° Shift.”  In these short presentations the speaker has three minutes to share how their perspective on topics related to tech has shifted.  And also perhaps, to shift the perspective of the audience.  This allows us to showcase all kinds of amazing ideas and concepts.

Return techonomist Eileen Gou will be talking about the “SneakerNet.”  This young activist is an entrepreneur and all round social media and tech expert, especially for low tech, high conflict environments (she previously ran a social media marketing firm in Afghanistan).  Here’s a link to her talk at TE15.

Another compelling activist and entrepreneur will also be speaking, Esra’a Al-Shafei, founder of Mideast Youth.  She’s going to talk about why you can’t just import Western technology into the Middle East and expect it to work. This will be an eye opener because this Bahraini native is impressive, her work is impressive and she has a wicked sense of humour.

Chargepoint CEO Pasquale Romano will talk about “The End of Gas Stations.” This is relevant to our foundational IoT theme, but also ties into other sessions including an interview with NextEV CEO Padmasree Warrior and a session about how important the IoT will be for combatting climate change, with the Environmental Defense Fund’s Diane Regas.  We’ll also talk about the role “taboo technologies” like geo-engineering and nuclear energy can play in the climate change battle. That session will include Rachel Pritzker of the Pritzker Innovation Fund and Gernot Wagner, co-author of Climate Shock (here’s a link to a recent Mashable post he wrote, entitled Geo-engineering is a Bonkers Plan but…it may be needed to tackle global warming).

Will Marshall of Planet Labs, which makes cube satellites–ones that are very, very, very small–will speak about “Seeing Tomorrow from Space.” He’ll also join digital medicine expert and researcher Dr. Eric Topol and Hitachi Data Insights Sara Gardner, in a session called “How Vast an Internet of Things?” to delve into the perhaps limitless reach of the IOT, which can extend from within our bodies or even cells all the way to outer space.

Sticking with satellites, Peter Platzer from Spire will be also speak, on one of the sessions I’m most excited about. (Here’s an earlier post I wrote about Platzer’s CubeSat). The session, ”Adrift at Sea,” will address the almost total lack of transparency we currently have about what goes on out in the ocean.  This is an all-encompassing, industry- and issue-crossing problem of epic proportions.  If ever there was an area for disruption this is it, yet we hear very little conversation about it. Don’t forget that 90% of global trade is carried by ships, and there are big environmental issues and implications for national security, not to mention illegal fishing, slavery and piracy.

And if you don’t care about any of that, perhaps you will when you can’t buy the latest TV, phone or gadget over the holidays because it’s still stranded on a ship owned by the recently bankrupt Hanjin shipping (I hope there are no exploding Samsung Galaxy 7’s stuck out there).  Peter will be joined by innovation guru John Kao, BAE System’s Rex Ballard and Anthony DiMare of Nautilus Labs, which is developing a software platform to modernize shipping.

Another favourite is “Toward A Self-Aware City,” which will be led by Rolling Stone contributing editor Jeff Goodell.  The author of many books and articles on the environment (and the moderator of one of the all time best TE sessions),  Jeff is working on a new book about the impact of rising sea level on cities around the world.  He also recently wrote the Inside the Artificial Intelligence Revolution special report for Rolling Stone, so he’s perfect for this, which will include groundbreaking architect and designer Carlo Ratti, Siemens Head of Urban Development Martin Powell, Kiva Allgood of Qualcomm and Verizon’s Mrinalini Ingram.

There’s much more, including Ray Kurzweil, GE Digital’s Bill Ruh, Fitbit’s James Park, and other luminaries. Be sure to check out the program. If you can’t be there we will be live streaming on the Techonomy home page.

For those counting (including me), so far we’re running at about 40% women on the program.

And lastly, a question (or perhaps a test?)  Does anyone know what an ecorithm is?  If you come to the conference, you will find out.

Ross is Techonomy’s co-founder and heads programming for all its events. 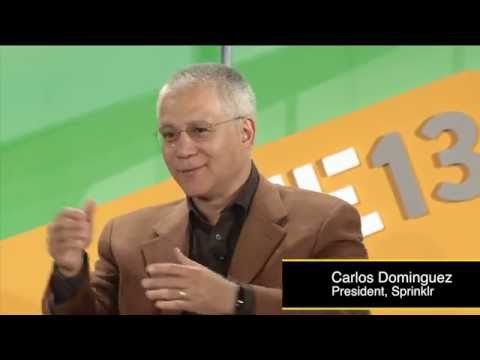 TE16: Man, Machines, and the Network

TE16 WEBSITE: The world is becoming connected. It’s a truism. It will alter everything. But when we hear we’re entering the era of “the Internet of things,” what does this phrase really mean? How will...