Dr. Steve Levine is Senior Director of Portfolio Management and the leader of the Realistic Human Simulation initiative at Dassault Systèmes SIMULIA. Since 2006, Steve has been responsible for leading SIMULIA’s strategy and long-term vision of enabling science and engineering software to deliver on its full potential. He began his career at Engelhard Corporation, where he founded and led a simulation group in corporate R&D. Steve subsequently joined a startup molecular modeling company called Biosym Technologies, which grew to become the leading molecular modeling provider for the pharmaceutical, chemical, and materials industries. The company eventually became known as Accelrys Inc. and was recently acquired by Dassault Systèmes and re-branded as BIOVIA. During his 16 years at Accelrys, he held a number of positions including Director of Product Development, General Manager of Materials Informatics and Senior Director of Corporate Development. Steve holds a Ph.D. in Materials Science and Engineering from Rutgers University. 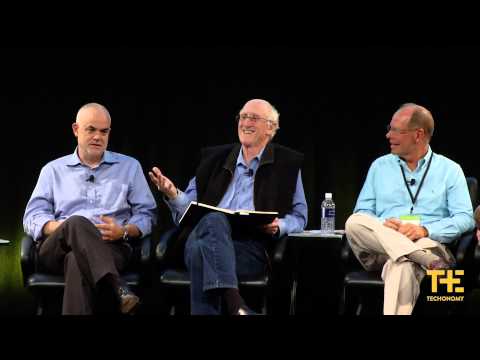 Exploration, experimentation, and innovation. All fabulous pursuits in their own rights, but what about real-world application? From food to fuel, what are people doing with all these new bio discoveries? In this video, David Kirkpatrick moderates...