Michael Fertik founded Reputation.com with the belief that people and businesses have the right to control and protect their online reputation and privacy. A futurist, Michael is credited with pioneering the field of online reputation management (ORM) and lauded as the world’s leading cyberthinker in digital privacy and reputation. Michael was most recently named Entrepreneur of the Year by TechAmerica. He is a member of the World Economic Forum Agenda Council on the Future of the Internet, a recipient of the World Economic Forum Technology Pioneer 2011 Award, and through his leadership, the Forum named Reputation.com a Global Growth Company in 2012. Michael is an industry commentator with guest columns in Harvard Business Review, Reuters, Inc.com, and Newsweek. Named a LinkedIn Influencer, he regularly blogs on current events as well as developments in entrepreneurship and technology. Michael frequently appears on national and international television and radio, including the BBC, Good Morning America, Today Show, Dr. Phil, CBS Early Show, CNN, Fox, Bloomberg, and MSNBC. He is the co-author of the bestselling book, “Wild West 2.0,” and the author of the upcoming book, “The Reputation Economy,” to be published by Crown Business in March 2015. Michael founded his first Internet company while at Harvard College. He received his J.D. from Harvard Law School.

From Genius to Table: Organic Innovation

Kirkpatrick: Our next guest pioneered online reputation management as the founder and CEO of Reputation.com. But he’s also widely known as one of Silicon Valley’s most prolific and conspicuous innovators. He was the first CEO... 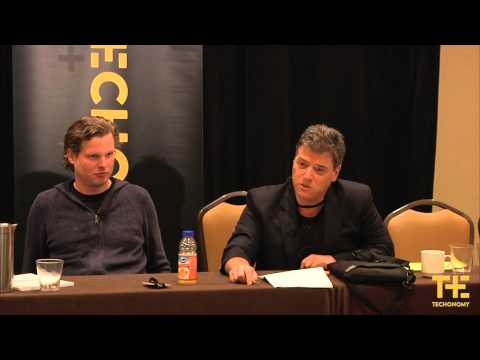 Is the Internet for or Against You?

The data you generate on- and off-line about what you watch and look at, buy, borrow, even what ails you, is tracked, quantified, packaged and sold. Your virtual self and your reputation are being qualified,...