Jorge Soto is an Electronics Engineer from Tec de Monterrey and recently graduated from the Graduate Studies Program at Singularity University in 2013. He co-founded CitiVox and since then has been involved in several organizations that use technology to encourage civic participation to improve the communication between citizens and their institutions.

In July 2013 he co-founded mirOculus in California, a biotechnology company that uses microRNA in the blood stream to identify the presence of different types of cancer in very early stage with one single, non-invasive, accessible and accurate test.

Since September 2013, he returned to Mexico and became the Deputy General Director of Civic Innovation of the Coordination of the National Digital Strategy at the President’s Office with the objective to develop strategies and projects that encourage civic participation, transparency, accountability and innovation in Mexico. 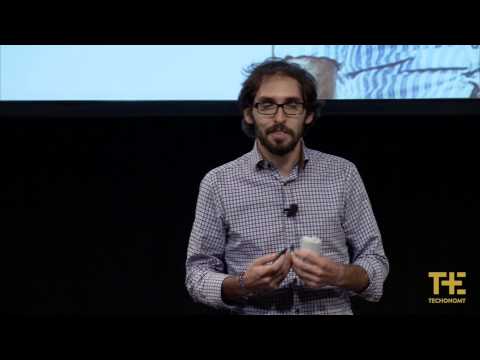 In this video, Jorge Soto of mirOculus gives a short presentation on building better tools for detecting cancer. Soto: Almost a year ago, my aunt started suffering back pains. She went to a doctor and...