Jon Bruner oversees O’Reilly’s publications on hardware, the Internet of Things, manufacturing, and electronics, and has been program chair along with Joi Ito of the O’Reilly Solid conference, focused on the intersection between software and the physical world. Before coming to O’Reilly, he was data editor at Forbes Magazine, where he combined writing and programming to approach a broad variety of subjects, from the operation of the Columbia River’s dams to migration within the United States. He studied mathematics and economics at the University of Chicago and lives in San Francisco, where he can occasionally be found at the console of a pipe organ.

Session Description: Will insect swarm logic be the key to better energy management? Can slime mold and mushrooms end our reliance on blacktop and cement? From packaging to turbulence, urban planning to leadership, what can...

The Promise of an Interconnected World

With intelligence migrating further and further into devices and systems all around us, what does an endlessly connected world look like? Can the intelligent connection of people, processes, data and things create its own economy?... 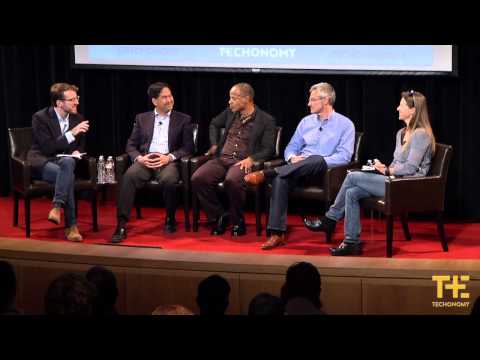