A Future of Trusted Advisors: Loyalty to the customer, not customer loyalty As consumers, we expect the world to shape itself around us. Consumer power has been growing for the past several years, and with it, an expectation of products and services that not only meet our... Our physical world is now technology-enabled by the digitization of everything from books to movies to tools—such as the flashlights, cameras, calculators, day planners, music players, and bus schedules that now reside on our smartphones.... When the favorite dog groomer and sitter for our family’s timid and particular Maltese left town one week before we were headed overseas, finding a replacement quickly became a household priority. We had no dog... The Farmer, the Food Truck, and the Foodie

A few Digital Alley workers are already craning to see which food trucks will serve their lunch at San Francisco’s SOMA StrEAT Food Park when the French bistro truck, France Delices, pulls into the gravel...

As the Maker Movement Surges, So Do “Stories” of Creation

On a stretch of San Francisco's Mission Street where multi-tenant housing residents, a homeless population, and employees of the hulking Federal building tensely coexist, a “civic hack” is transforming a vacant building. The two-month [freespace]... What the Sharing Economy Means for Business

With digital peer-to-peer platforms emerging in dozens of vertical markets, the sharing economy appears to be in its own Cambrian explosion of diversity. Participants share cars, bicycles, houses, clothing, tools, and a growing array of... Too Much Like-Mindedness Hurts Companies, and the Country

After the political rhetoric and partisan saber-rattling of the elections, the fiscal cliff debate, and recent presidential appointments, the country seems increasingly divided. In their book, The Big Sort: Why the Clustering of Like-Minded America... What’s Next in the Techonomy?

In the last few decades, we have witnessed exponential technological growth and change. However, as we enter the second half of the metaphorical chessboard, it remains unclear how that technology will reshape our economy, political... The Limits of the Virtual: Why Stores and Conferences Won’t Go Away

Last week we attended the Singularity Summit. During this two day celebration of all things technologically progressive, we enjoyed the summit’s signature cocktail of research, futurism, and metaphysics. Speakers speculated on topics ranging from virtual... 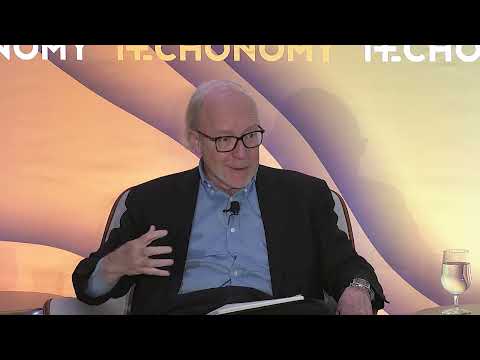 John Hagel: What Business Can Learn from Social Movements

What Business Can Learn from Social Movements: A presentation by John Hagel III, Center for the Edge

Making Detroit a Movement: The Power of Narrative Session Description: Our closing session kicks off with a presentation by John Hagel III, Co-Chairman, Center for the Edge, on What Business Can Learn from Social Movements,...