James is a director (senior partner) at McKinsey & Company, where he is one of the leaders of McKinsey’s global technology, media, and telecom practice. Based in Silicon Valley, he has worked with many of the chief executives of the world’s leading Internet, media, software, systems, and communications companies. James is also the director of the McKinsey Global Institute (MGI), the firm’s business and economics think tank. James has led research on technology, disruptive innovation, competitiveness, productivity, and jobs. He has published a book on distributed networks and decision theory and numerous academic and business articles and reports.

James was appointed by President Obama to serve on the President’s Global Development Council and to serve as the vice chairman of the Council. Other boards include the U.S. Department of Commerce’s Innovation Advisory Board, Aspen Institute, Oxford Internet Institute, UC Berkeley’s School of Information, Harvard’s Hutchin’s Center and Du Bois Institute for African and African-American Research, and Techonomy Media. He is a senior fellow of the Brookings Institution and a member of the Council on Foreign Relations and the Bretton Woods Committee.

James was on the engineering faculty at Oxford University and a visiting scientist at the NASA Jet Propulsion Laboratory. A Rhodes Scholar, James holds DPhil, M.Sc., and M.A. degrees from Oxford in engineering, mathematics, and computer science, and a BSc in electrical engineering from the University of Zimbabwe.

The Digital Economy: Laying the Groundwork

Challenges and opportunities confront business from every direction, in ways that change almost hourly. Business models and ecosystems are being upended, disruptors emerge from the tiniest and least noticed corner, customers and employees demand new...

Manufacturing the Future: The Next Era of Global Growth and Innovation

James Manyika, senior partner at McKinsey & Company, discusses the next wave of manufacturing technology. Read the full transcript below. Manyika: I thought we would start by being optimistic partly because this is Techonomy and... 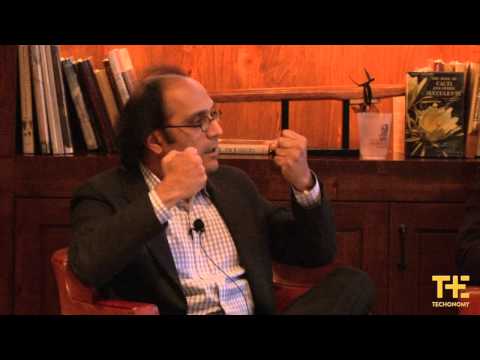