Genevieve Bell is a vice president and Intel Fellow and the director of User Experience Research in the Intel Labs organization at Intel Corporation. She leads a team of social scientists, interaction designers, human factors engineers, and computer scientists focused on people’s needs and desires to help shape new Intel products and technologies. An accomplished anthropologist and researcher, Genevieve joined Intel in 1998. She has been granted a number of patents for consumer electronics innovations throughout her career, with additional patents in the user experience space pending, and is the author of numerous journal papers and articles. She was named an Intel Fellow in 2008. In addition to her position at Intel, Genevieve is a highly regarded industry expert and frequent commentator on the intersection of culture and technology. She has been featured in publications such as Wired, Forbes, The Atlantic, Fast Company, The Wall Street Journal, and The New York Times. She is also a sought-after public speaker and panelist at technology conferences worldwide for the insights she has gained from extensive international fieldwork and research. Her industry recognition includes being listed among the “100 Most Creative People in Business” by Fast Company in 2010, induction in the Women in Technology International Hall of Fame in 2012, and being honored as the 2013 Woman of Vision for Leadership by the Anita Borg Institute. Genevieve’s book, “Divining a Digital Future: Mess and Mythology in Ubiquitous Computing,” written in collaboration with Paul Dourish, was published by MIT Press in 2011. Genevieve holds a combined bachelor’s and master’s degree in anthropology from Bryn Mawr College and a master’s degree and Ph.D. in cultural anthropology from Stanford University, where she was a lecturer in the anthropology department from 1996 to 1998. 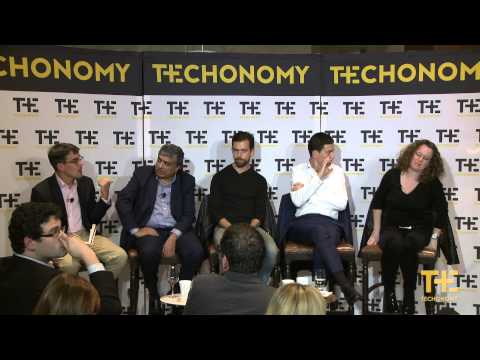