Environmental Defense Fund president Fred Krupp has guided EDF for three decades. A leading voice on climate change, energy, and sustainability, and a champion for harnessing the power of the marketplace to protect our environment, Krupp is co-author with Miriam Horn of the New York Times bestseller Earth: The Sequel – The Race to Reinvent Energy and Stop Global Warming.

Under Krupp’s leadership, EDF has become one of the world’s most influential environmental organizations. He has focused international attention on the problem of methane emissions from the oil-and-gas system, and led EDF’s innovative corporate partnerships with FedEx, KKR, McDonald’s, Walmart and others.

Educated at Yale and the University of Michigan Law School, Krupp appears frequently in the media. He was named one of America’s Best Leaders by U.S. News and World Report and is a recipient of the 2015 William K. Reilly Environmental Leadership Award. 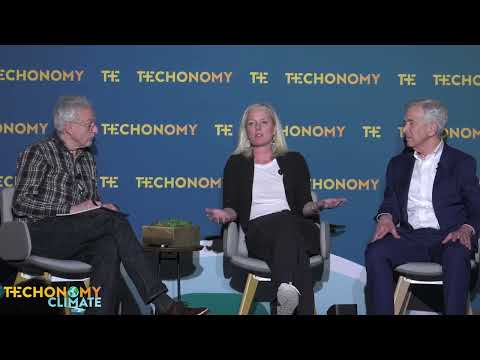 Fred Krupp on The Fourth Wave of Environmentalism

Fred Krupp How Tech Will Transform the Environment

Read a summary of the talk below. In Texas there’s a wind farm that’s using radar as air traffic control for birds. When the birds approach, it tells the blades to stop moving. In the...