Eric Ripert is the chef and co-owner of the acclaimed New York restaurant Le Bernardin. Born in Antibes, France, Eric moved to to Andorra, a small country just over the Spanish border as a young child. His family instilled their own passion for food in the young Ripert, and at the age of 15 he left home to attend culinary school in Perpignan.  At 17, he moved to Paris and cooked at the legendary La Tour D’Argent before taking a position at the Michelin three-starred Jamin.  After fulfilling his military service, Ripert returned to Jamin under Joel Robuchon to serve as chef poissonier.

In 1989, Ripert seized the opportunity to work under Jean-Louis Palladin as sous-chef at Jean Louis at the Watergate Hotel in Washington, D.C.  Ripert moved to New York in 1991, working briefly as David Bouley’s sous-chef before Maguy and Gilbert Le Coze recruited him as chef for Le Bernardin.  Ripert has since firmly established himself as one of New York’s—and the world’s—great chefs.

Ripert is the Vice Chairman of the board of City Harvest, working to bring together New York’s top chefs and restaurateurs to raise funds and increase the quality and quantity of food donations to New York’s neediest. When not in the kitchen, Ripert enjoys good tequila and peace and quiet. 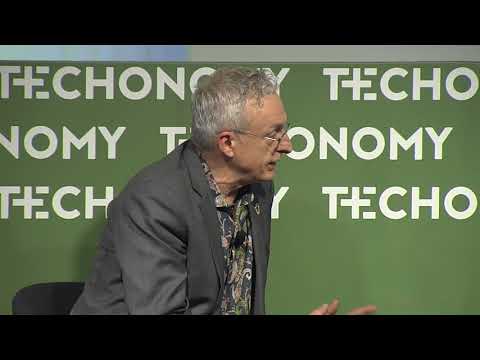 Chef Eric Ripert on our City, our Food, and our Collective Experience

Session Description: A great chef clears our palate. The full transcript is below and the PDF version is available here. A New York Icon on our City, our Food, and our Collective Experience (Transcription by RA...