Eri Gentry is an economist-turned-biotech entrepreneur and an advocate for science literacy. She has both performed kitchen chemistry with 7-year-olds and spoken at European Union and U.S. Department of Defense events on the importance of independent pursuits in science. In 2013, she was selected as a White House Champion for Change in Citizen Science. Eri is a science and technology research manager at the Institute for the Future, an independent research organization, and a co-founder of BioCurious, the first hackerspace for biotech. She was previously VP of open innovation at Scanadu, a company putting medical tools into the hands of the consumer. She has also served as community manager at Genomera, a startup pioneering crowdsourced clinical trials, and as CEO and co-founder of Livly, a garage biotech company on a mission to cure cancer. Eri is most interested in the future of the human body and diseases, maker culture, the use of public spaces, and behavioral economics. She spends her free time bringing amazing people together in various places, playing with her rescue puppy, Ender, and trying to craft tasty, low-carb delights. She dreams of traveling the world via teleportation. As Fitbits for Feelings Emerge, Whither Empathy?

Are we losing touch with one another? Are we sinking towards something like Roman civilization, when bloodthirsty spectators eagerly watched men fight to the death in the name of entertainment, now just on high-def screens?... 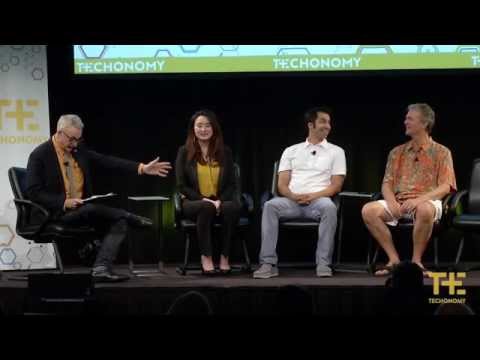 Just as the Internet leveled the playing field for entrepreneurship, politics, and social engagement, recent advances are leveling it for biological progress. Processing power, the cloud, and Internet connectivity open doors for inquisitive individuals and...