Drew Endy helped start the newest engineering major, bioengineering, at both MIT and Stanford. His research teams pioneered the redesign of genomes and invented the transcriptor, a simple DNA element that allows living cells to implement Boolean logic. In 2013, President Obama recognized Drew for his work with the BioBricks Foundation to bootstrap a free-to-use language for programming life. He has been working with designers, social scientists, and others to transcend the industrialization of nature, recently co-authoring “Synthetic Aesthetics,” published in 2014 by MIT Press. Drew is also a co-founder and director of Gen9, Inc., a DNA construction company.

Wohlsen: As a reporter who’s covered both biotech and what the rest of the world calls just plain “tech,” I can tell you those stories about biology can be tougher to tell. You don’t have the... 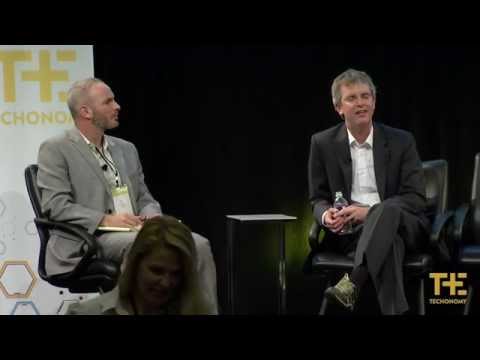 How Will Biological Progress Transform the World?

With advances in biological and genomic sciences accelerating at an ever-increasing pace, what does the future hold? If biological progress is indeed advancing more rapidly than Moore’s Law, as many assert, what are the economic...