AeroFarms has been recognized as a Circular Economy 100 company, won the World Technology Award for most impactful Environmental Company and received the 2016 New Jersey Governor’s Award for Environmental Excellence. AeroFarms was also voted Most Innovative Company at the Future of Agriculture conference, the Best Growth Company to invest in at the Wall Street Journal’s ECO:nomics conference, and was a finalist for The Circular Awards for The World Economic Forum. David is also the founder of Hycrete, Inc., a nanotechnology cleantech company.

David is a member of the World Economic Forum where he co-Chairs the Young Global Leaders Circular Economy Taskforce. David is also a member of the B20 SME Taskforce, which advises the G20. In addition, David serves as a Managing Trustee of New Jersey’s Liberty Science Center.

David received his BA from UNC Chapel Hill and holds an MBA from Columbia University. He competed for the U.S. in Fencing where he was a finalist at a world cup and represented the NYAC, winning three U.S. National Team Fencing Championships and two individual silver medals. 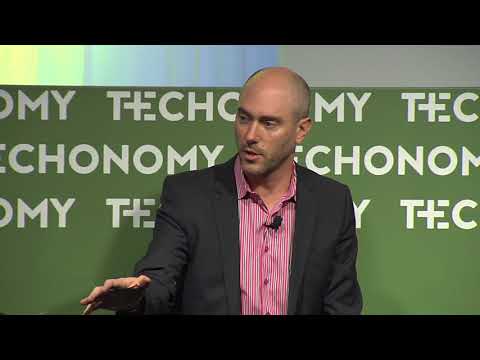 Session Description: Massive innovation is changing what we eat and how it’s made. Farmers are data scientists as plants grow in factories and even our kitchens. To see presentations from these panelists, use the More On...

David Rosenberg on Startups Stirring Up the Future of Food

Session Description: Massive innovation is changing what we eat and how it’s made. Farmers are data scientists as plants grow in factories and even our kitchens. The transcript can be found below with the PDF version...