Daniel J. Barchi, MEM, is the Senior Vice President & Chief Information Officer for NewYork-Presbyterian. In this role, he oversees the development and implementation of NewYork-Presbyterian’s strategic vision for information technology across the integrated delivery system and continuum of care. His responsibilities encompass clinical and business information systems, as well as infrastructure, information technology innovation, and the roll-out of NewYork-Presbyterian’s new tele-health program. Mr. Barchi joined NewYork-Presbyterian in 2015 and previously served as senior vice president and chief information officer of Yale New Haven Health System and Yale School of Medicine, where he led a number of important initiatives, including implementation of the electronic medical record across three hospitals, and the roll-out of a secure iPhone application for physician communication. He also served as senior vice president and chief information officer for Carilion Health System in Roanoke, Virginia. Mr. Barchi holds a Bachelor of Science from the United States Naval Academy at Annapolis, as well as a Master of Engineering Management from Old Dominion University. He served as a Brigade Commander while at the U.S. Naval Academy, twice earned the Navy Commendation Medal for Superior Leadership, and has served on the Boards of various corporations. Though it's been around since the 1960's, telemedicine has grown up and is now a significant part of American healthcare. For instance, "telestroke" programs are widely used to get aid quickly to stroke victims. The... 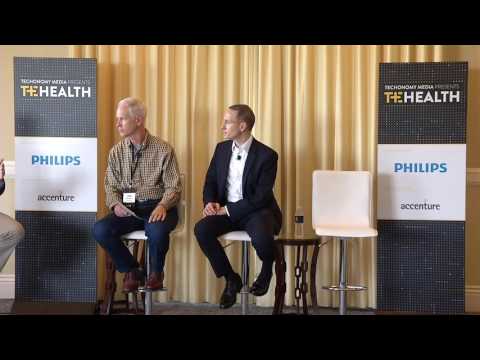 Nothing is more inefficient than how we manage and parcel out payment in American healthcare. Healthcare administration costs $150 billion nationwide, and in hospitals, comprises 25% of total costs, compared to 12% in Canada. Authorizing...