Blair leads the team that focuses on strategy and leadership for the PwC Network. He is also Professor Emeritus and Dean Emeritus of Duke University’s Fuqua School of Business.

Prior to joining PwC, Blair spent the majority of his career as a Professor at the Fuqua School of Business, Duke University.  During his tenure, Blair served several roles: Associate Dean for Executive Education, during which Fuqua created one of the world’s first blended degrees, the Global Executive MBA.  Senior Associate Dean, during which Fuqua created the Cross Continent MBA and rose in the rankings to 5th in the United States.  Founding CEO and Chairman of Duke Corporate Education, which was rated by the leading business journals as the world’s top provider of custom executive education for nine years in a row. Dean, during which time Fuqua opened offices in five locations outside the US, developed a pre-experience Masters programme already considered to be one of the best in the world, and rose across all business school rankings significantly. As Dean, Blair was also the primary architect of Duke Kunshan University, which opened in 2014.  His final role prior to joining PwC was as Special Advisor to Duke Kunshan University.

Blair has advised more than 100 companies and governments in the areas of leadership, corporate strategy, organisational relationships and design, and has published more than 50 books and articles.

Blair was the first recipient of faculty of the year at Fuqua; received the Business Person of the Year award for Education in 2011 (Triangle Business Journal); Eminent Scholar Award, Institute of Finance, Frankfurt University in 2007; and was a Canada Council Doctoral Fellow. 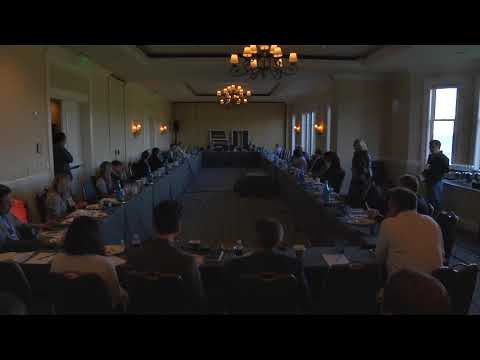 Session Description:  in partnership with Duke Corporate Education and Johnson & Johnson Two-thirds of executives say the next 36 months will be more critical to their industries than the previous 50 years. In this volatile,...