As education remains deeply impaired by the pandemic, schools will have to push the envelope further, incorporating technologies like 3D, augmented reality, voice tools, and AI learning. Here are a few technologies we think hold particular promise. A scene from Schell Games HistoryMaker VR, which allows learners to bring their historical knowledge to life by embodying and performing as historical figures in an immersive virtual reality environment.

When 1.6 billion students around the globe suddenly found themselves without classrooms last year, our collective online learning experiment that had been muddling along for decades suddenly went into overdrive. That was especially true in the U.S. “The longer that American kids spend at home, the greater the likelihood that the media habits they’ve formed during the periods of lockdown will endure.” That’s the word from Dubit Limited, a research consultancy that looks at kids and media. The study goes on to say that the average amount of time kids spend each week using a screen for education leaped a full 69%.

But when all is said and done, the results of pandemic learning won’t look pretty. A McKinsey study predicts that kids will most likely be nine months behind in their education, with students of color even further behind. Educators were caught unprepared for the challenges of remote learning. Students’ access to the tools needed for success was shockingly unequal. And many of the tools themselves suffered from lack of engagement, insufficient traditional classroom interactivity, and frankly, a lack of imagination.

Since traditional education remains deeply impaired by the pandemic, this year schools will push the envelope further, incorporating technologies including 3D, augmented reality (AR), voice tools, and AI learning. Figuring out how to maximize digital engagement has become a blossoming field for curriculum specialists and UX designers alike. Even for many schools that meet again in person, the online component will remain fundamental.

Here are a few technologies we think hold particular promise.

It’s no secret that gamification’s secret sauce is to get people to do what you want them to do by making it fun and rewarding. It’s fascinating to watch kids flock to sites like Roblox and Fortnite, and for younger kids, sites like Hellosaurus. All of them mix a process of building worlds with friend-to-friend interaction. These activities simulate the real world, where kids problem solve together and chat while playing. Roblox and Fortnite both have developed dedicated educational initiatives and offer free resources for educators. Minecraft hosts a staggering amount of formalized educational activities. And Discord, a full-featured community platform, lets teachers do everything from review homework to engage their classes in creative problem-solving. You can read reviews of top virtual events platforms for kids at Kidscreen. It makes clear that many platforms are ripe to serve educators.

Michael Chasen built his first platform, Blackboard, to offer a digital alternative to a whiteboard. Now he’s re-imagined what Zoom for educators would look like. Class for Zoom is built for teaching and learning on a Zoom platform. Hyper enhancements include tools to access a syllabus, hand out assignments, pop a test or quiz, and link to external materials. It offers an enhanced screen share with pointing, and includes classroom management modules for attendance and grading. In a clever visual innovation, the teacher is taken out of their Zoom window and put on what looks like a podium. Students can take the podium as well when they’re presenting. The platform even measures student participation and focus in class. Sorry kids, but the teacher will now know if you’ve got unrelated windows and applications open. Class Technologies, the parent company, has not even launched its product yet but reports the demand is already overwhelming. It says it is well funded and able to fast-track the product.

AI is the new HTML

Heartening experiments are also being done with AI to personalize a student’s learning trajectory. The combination of natural language learning and AI offers a way to check in with kids and make sure they’re “getting it.” PBS Kids is working with UC Irvine’s Digital Learning Lab to use AI in the Elinor Wonders Why series. The animated game uses voice recognition to turn speech to text, analyze it for semantic meaning and pose questions to check in with the child and make sure they’re understanding the concepts presented.

Companies like Connected Technologies and Knewton are creating personalized curricula using AI to assess an individual student’s pathway through subject materials. Sal Khan, CEO of the Khan Academy, which offers online learning options for students aged 3+, explained in this CNBC interview that while no company was prepared for the pandemic, the Academy’s ability to personalize, deliver, and assess vast amounts of curriculum using AI drove a huge spike in adoption.  When kids return to school, he believes, the ability to give students more personal agency over their curriculum coupled with the idea that they learn at different rates makes a strong argument for online learning and the use of AI to personalize it. Higher education is beginning to pivot towards AI as well. Colby College in Maine just added an AI Institute to its BA program, making it one of the first small liberal arts colleges to do so.

It’s forecast that we’ll have 8.4 billion smart assistant devices globally by 2024–including Amazon Alexa, Google Home, and the like. Caitlin Guntekunst, senior director of marketing and development at Creativity Inc., is working on a new generation of voice-enabled applications for kids. She believes people haven’t really wrapped their heads around the power of voice as a channel. “Just as touch disrupted typing, voice is a new way to navigate”, she said in a panel I hosted at CES 2021. Gutekunst believes voice assistants in education can quickly eliminate the mundane and make learning more efficient. Asking your smart speaker what hours the library is open or what’s on the school menu today is faster than any other type of navigation.

At home, Gutekunst finds parents are using voice assistants to check in with schools and set reminders for their kids. The company develops apps for Google, Disney and Amazon. Want to try a super popular one? Kids love playing doctor, especially during the pandemic, so just say, “Alexa–play Toy Doctor.” Soapbox Labs, a voice company out of Dublin, is also doing fantastic under-the-hood work to attune smart assistants for young voices.

Jesse Schell has long believed in the power of virtual reality to transport kids anywhere in the world (and beyond). He was an early pioneer in VR games both for learning and entertainment. Schell Games has produced hit after hit in traditional games as well as AR and VR gaming. In a panel conversation, the company’s senior games designer Melanie Harke stressed three ways VR can be valuable in education: accessibility, immersion, and hands-on learning.

It’s accessible in that it provides kids access to tools, the experience of remote locations, and training that would otherwise be prohibitively expensive to access. It’s immersive in that you can walk through real environments like the Anne Frank House, for example, or shrink yourself to the size of an atom and go on a journey. And the hands-on component has been shown to create more indelible memories. “Research is beginning to show how VR enhances retention, and, I believe, joy” Harke says. HoloLAB Champions is a Schell Games VR chemistry lab where players get scored on accuracy and safety during their experiments. History Maker VR is designed for middle schoolers to let them step into the shoes of historical figures. Both include guides for educators. Others are in the works, and with the price of hardware like Facebook’s Oculus headsets dropping, VR is well-positioned.

Rather than a game, Spatial.io is a platform that turns any space into a virtual immersive environment. You start by taking a selfie which the platform transforms into a 3D avatar. The idea is to don your headset and enter a room where Zoom sort of meets Slack–a place to collaborate in VR. College campuses are experimenting with Spatial already. A University of Arizona professor, for example, created an immersive exploration of Harlem in the 20’s.

As we move towards higher tech solutions in the classroom we’ll need to double down to ensure equal access. As tech powers forward, kids shouldn’t have to share computers or park outside public libraries to get net access. While carriers are upping efforts to make broadband affordable and devices like tablets are increasingly inexpensive, we still need to do much better to close the equality gap.

Last spring was probably the low point for everyone, when students, schools, and technologists were left scrambling to adapt to the sudden closure of schools. But in 2021, across the board, we’re seeing that the technology exists, the cost-benefit is closer to being realized, the outcomes look good, and most importantly, educators, legislators, and crucially, investors are backing the efforts. Michael Moe, Founder and President of Global Silicon Valley, a leader in educational conferences, accelerators, and investments, says VC investment in education climbed to $10 billion in 2020. Already 32 unicorns have emerged in digital learning. And that, my friends, is welcome news for all. 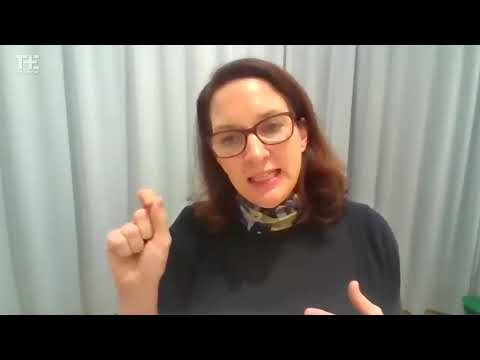 A Global Emergency: Connecting our Schools

Watch our roundtable on connectivity and education with Ericsson and UNICEF. While most Americans take connectivity for granted, too many people globally still can’t connect to the internet. For young people especially, this is an... “Our Audacious Goal: Connect Every School by 2030”