For the Next Hot Startups, Look to Brazil As part of an ambitious agenda for economic reform and modernization, the Brazilian government is paving the way for a booming ecosystem of tech-driven startup companies. Less than five years ago, Brazil had approximately 4,000 startup companies. Today, that number has leaped to 14,000, the most of all Latin American countries. Nineteen of those Brazilian startups are unicorns, or private companies valued at over $1 billion, and an estimated twelve more are on their way to unicorn status.

Looking ahead, as government, the public and private sector, and investor communities all continue to prioritize startups, the momentum of Brazil’s ecosystem is only expected to accelerate. Against the backdrop of this rapidly-evolving landscape, Apex-Brasil — a trade and investment promotion agency linked to the Brazilian Foreign Ministry – recently hosted the 2021 Brazil Investment Forum (BIF), where prominent leaders from business and government discussed the transformative changes in the country around innovation and startups.

Here are three of my biggest takeaways from the 2021 BIF. It helped identify the key drivers behind Brazil’s thriving startup ecosystem and where the economy is headed as a result.

New initiatives spearheaded by the Brazilian government have made the country’s legal environment more inviting than ever for entrepreneurs and investors from around the world. At the beginning of June, The National Congress of Brazil enacted a startup bill, “Marco Legal das Startups”, to break down bureaucratic obstacles for startups and strengthen legal security for those looking to invest. For entrepreneurs, this means their startups will be able to close deals or launch offers without as many restrictions. Investors, similarly, will not be held responsible for many of the liabilities that typically can be associated with investing in a startup, like debt.

As a result, this bill is expected to catalyze Brazil’s startup economy even further, by encouraging innovative minds to come to Brazil to build startups, rather than going to other global innovation hubs. It should also help attract more foreign investors to help new companies grow. One speaker at BIF summed it up nicely: “Commonly known as a commodity exporter, Brazil wants to be known in the future as an exporter of innovations and technology, rather than exporting its companies.”

#2 Corporations are actively mentoring and collaborating with startups.

Alongside this supportive legal environment, we are also seeing a rise in collaboration between startups and larger, more established corporations. These partnerships are advantageous for both parties: startups bring fresh thinking and creativity, while more established companies offer the experience and resources necessary to execute on big ideas.

One notable example is a new partnership between Brazil-based Omnichat and the Facebook-owned messaging service WhatsApp. Omnichat, a chat commerce platform, will now have direct access to WhatsApp’s API, enhancing the application’s speed and accessibility, while WhatsApp will benefit from Omnichat’s innovative sales platform.

Many established companies have also started to adopt the Brazilian “startup mindset” by creating and “sponsoring” their own startups or establishing their own venture capital funds. For example, IBM Brasil recently launched the IBM Open Ventures Program, a fund dedicated to mentoring and helping scale Brazilian startups. Startups selected for the program work alongside IBM, leveraging their expertise in tech, to formulate business solutions.

#3 Startups’ confidence in the local market is growing.

As a result of the government and private sector continuing to bolster Brazil’s thriving ecosystem, many startups are now in turn demonstrating their confidence in the Brazilian market by choosing to go public with an initial public offering (IPO) “in-country.” Many earlier startups that rose to scale in Brazil went public via listing in the American market, given the perceived prestige and strength of the New York Stock Exchange, the Dow Jones and others. However, as Brazil’s reputation as a country driven by startup growth expands worldwide, many Brazilian companies are making the choice to “stay home” – and take their companies public in Brazil. Digital advertising company Electromidia, online furniture and home retailer Westwing, and renewable energy firm Oleoplan are just a few of the many exciting companies set to IPO in Brazil this year.

This shift ultimately helps drive economic growth and opportunity. It not only demonstrates startups’ growing trust in the Brazilian market, but also their willingness to give back to their local communities. Indeed, it can be difficult for foreign citizens to invest in companies listed on American stock markets, given the numerous regulations, tax fees and more. However, since Brazilian companies are beginning to IPO in Brazil, it becomes easier for local investors – some of whom have watched these startups scale from the beginning – to invest in and reap the benefits.

While Brazil’s startup ecosystem has advanced significantly in recent years, we’re constantly looking for new ways to innovate and grow. That’s why the Brazilian government and Apex-Brasil will continue to host a number of programs to help Brazilian companies gain recognition worldwide. For example, each year we hold StartOut Brasil, an internationalization program aimed at immersing Brazilian startups in diverse global markets, connecting them with investors, potential partners and more.

As the government, private sector and startups themselves continue to develop and showcase confidence in the Brazilian market, it is a critically important time for Brazil’s startup economy. I believe the country is primed to be the next powerhouse in the startup sector. We’re embarking on an exciting moment foreign investors will not want to miss. Born in 1971 in São Paulo, Augusto Pestana holds a degree in Law from the University of São Paulo (USP). A career diplomat since 1995, he concluded the Courses of Formation, Improvement and High Studies (professional doctorate) at the Rio Branco Institute, with a thesis on international cooperation in energy, science and technology.

He has served at the Brazilian Embassies in New Zealand (Minister-Counselor), Japan (Minister) and Germany (Head of the Economic Sector). He was an Assistant Professor of Diplomatic Language at the Rio Branco Institute and a member of the board of examiners at the Diplomatic Career Admission Competition. Mr. Pestana is the author, among other works, of “ITER: Brazil and the directions in fusion energy” (FUNAG, 2015). He is fluent in English, French and Spanish. 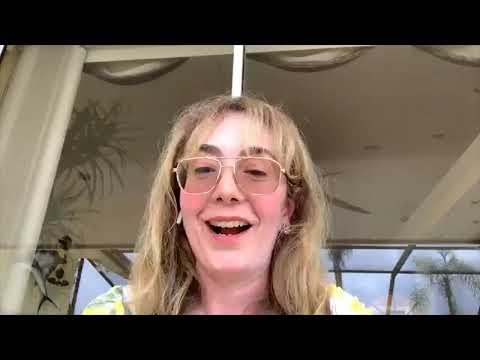 Is this the ideal time to invest in startups, as one panelist believes? How will the entrepreneurial ecosystem of tech be changed by Covid-19, and by the latest crisis surrounding police violence and racism? Is a...