It started even before Elon Musk took the stage on Saturday Night Live. The May 8-14 issue of The Economist arrived in the mailbox, delivering a quiet, existential blow to cryptocurrency as we’ve known it for the last decade or so. The publication’s cover package offered a vision of “govcoins,” digital currencies backed by central banks:

Government e-currencies would score highly, since they are state-guaranteed and use a cheap, central payments hub. As a result, govcoins could cut the operating expenses of the global financial industry, which amount to over $350 a year for every person on Earth.

Although the motivation for these “govcoins” is not to push existing cryptocurrencies to the margins, that would be the likely effect.

Then, as Musk appeared on SNL, the price of Dogecoin plummeted. Although news stories attributed Dogecoin’s tumble to a Weekend Update skit that labeled the joke-coin a “hustle,” the selloff started at least half an hour before that. It felt more like a classic “buy the rumor, sell the news” dynamic.

But Musk reserved his true market-moving power for midweek, when he tweeted that Tesla will stop accepting Bitcoin as payment for cars. The reason, Musk said, was “rapidly increasing use of fossil fuels for Bitcoin mining and transactions, especially coal, which has the worst emissions of any fuel.” In a later tweet, Musk called the amount of electricity used to produce Bitcoin recently “insane.” Critics pointed out that Musk and Tesla could easily have known about Bitcoin’s energy suck when they embraced the currency months ago; nonetheless, the price of Bitcoin sank by as much as 15% that day.

Musk’s pronouncements put the spotlight on cryptocurrencies that claim to require less electricity to produce. All of a sudden, everyone is touting cryptocurrencies that operate on a more efficient standard than Bitcoin’s “proof of work” standard. The flurry recalls the hype around sustainable aviation fuel or ‘70s-oil-crisis car advertising, in which the sole marketing criterion was which vehicle got the most miles per gallon. The recently launched Chia Network, for example, plays up its “proof of space and time” standard as more energy efficient. Other cryptocurrencies, like Nano and Cardano, took to Twitter to boast about their supposed energy efficiency. On The Defiant podcast, crypto coder Preston Van Loon insisted that Ethereum—a versatile cryptocurrency that’s still valued about 400% higher than on January 1—is “about six months from proof-of-stake.”

Of course, the dramatic dropoff in Bitcoin and Dogecoin prices is both predictable and relative; the idea that Dogecoin is still trading at over 50 cents a coin is ludicrously mind-blowing. Nonetheless, the Musk-Tesla decision around Bitcoin feels like a watershed moment. Cryptocurrency mining’s energy use has gone from a fringe concern to front and center in a matter of weeks. As FIN noted last week, some state legislatures are beginning to discuss limits on crypto mining. It’s going to get harder for crypto enthusiasts to avoid this issue.

One of the most powerful fintech applications imaginable is in American healthcare space. The United States spends trillions of dollars a year on health care, and yet the outcomes are consistently below those of other developed countries. There are dozens of reasons for that, but one that seems ripe for solving is how payments work. The system of private health insurance is tremendously inefficient, to the point where it actively interferes with patient care. Americans almost never know what a given procedure is going to cost, how much their insurance will or won’t cover, or even when they will be billed. Surveys indicate that more Americans stress out over medical bills more than over their actual care. This chart shows why half of all Americans have been late to pay a medical bill:

For their part, doctors and other medical providers feel swamped with paperwork and antiquated billing systems. One company that’s trying to fix this broken mess is Waystar, a Chicago-based healthcare technologies that offers a cloud-based billing system to help rationalize payments. Waystar claims to currently handle about one out of every three healthcare transactions in the US. In an interview with FIN, Waystar CEO Matthew Hawkins acknowledged that while the American health care system has for decades been slow to digitize, recent legislative changes—such as 2009’s “meaningful use” law—have spurred positive changes. Moreover, the shift to telehealth services brought on by the COVID pandemic should make the system more efficient. Hawkins said his company’s ultimate goal is “paving the way toward price transparency.” He laments that “we’ve all gotten comfortable behaviorally with going to a provider, receiving health services, and then not really knowing the cost of those services.” Imagine an app that would tell you in advance what a surgical procedure was going to cost you, and even gave you the option to set up a payment program before you see the doctor! (Note: The CEO in an interview said that Waystar handles one out of every four healthcare transactions, but the company insists that it’s one out of three, and the text has been altered to reflect this update.)

Sheelah Kolhatkar is one of the most talented business writers in the world. And given the connection that former officials of S.A.C. have to the Robinhood story (Kolhatkar wrote the book on S.A.C.), she’s by far the best person to write about Robinhood for The New Yorker. Unfortunately for her and the publication, Robinhood has been so heavily covered since January that a lot of her current piece feel overly familiar. But the one thing she really nails is Robinhood’s terrible customer service. According to her story, Robinhood outsourced its customer service in 2016 to a company called Voxpro, located in Ireland. Voxpro’s poorly paid employees didn’t have the licensing or certification to deal with investors’ problems. In 2017, Robinhood made the conscious decision to eliminate the option for its users to call and speak to anyone. The company later restored an option for an investor to get a callback, but these years of customer-service neglect explain a lot. 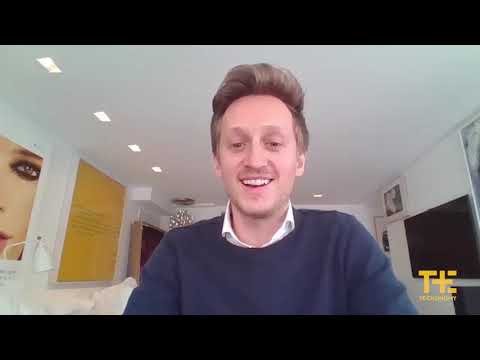 Techonomy recently hosted a conversation about the dramatic rise of nonfungible tokens (NFT) and what they mean for the future of blockchain-driven technologies in general, and the art market in particular. Highlights are below: David...