A COVID-19 vaccine would be great. A game-changer. A good vaccine or vaccines could help move our lives, and society more broadly, to a much better place. We all want that!

Having said that, here are 6 things to watch regarding a COVID-19 vaccine:

Remember, we are giving it to people who are not sick to try and prevent illness. This is not like developing a drug to treat sick people. There is, and deserves to be, a very low tolerance for side effects – especially long-term or severe ones. Most early vaccine tests so far have been limited to young healthy people…and still, it looks to me like the majority have had side effects, albeit ‘mild’ ones (like fever, pain at site, fatigue). What about older people or those with pre-existing illnesses (who need the vaccine the most)? Also, we have no indication, pro or con, about rare side effects – which matters, since hundreds of millions of people will need to be vaccinated, or even billions, on a global scale. We won’t know more about such side effects until bigger trials are complete. A trial of 30,000 people which might seem big, but isn’t really, in light of these questions.

The public has a long memory for things like the neurologic complications of the Swine Flu mass vaccination campaign in the 1970s (Guillan Barre and others). And that risk was roughly in the single-digit-per-hundred-thousand range. Also, there is genuine lingering uncertainty over possible “antibody-dependent enhancement” (that means a vaccine might make the disease worse in some people who get infected).

The FDA says it wants a 50% reduction in symptomatic disease to approve a vaccine. Some current vaccines for other diseases are much better than that at preventing the illness we are vaccinating against. And some are not. For example, the flu varies from year to year, and in some years the effectiveness of an annual vaccine is even below 50%. It is extremely likely that vaccine-enabled protection, though good and vastly better than nothing, will be to some as-yet-unknown degree imperfect. Less effectiveness will mean more virus will remain circulating. And some or all people might feel compelled to continue to take other measures, such as continuing to mask and engage in social distancing and other economically- and socially-disrupting behaviors.

3) How long is the protection?

Nobody knows, for any of the vaccines under development, and there may be more than one answer. Very crudely speaking, there are 2 big types of immunity: antibody-mediated immunity, or B cell immunity, is B lymphocytes learning to make antibodies that bind to the virus and either inactivate it or flag other cells to attack it. Cellular immunity, or T cell immunity, is T lymphocytes and other cells attacking and destroying infected cells before they can spread the virus.  At least some vaccine candidates seem to be activating both types – which is good – but nobody knows how much of each type is important or for how long. Boosters may be needed, either up front to establish immunity or in the longer term to sustain it.  This may or may not be a big deal, immunologically speaking.

One thing that might matter is that some vaccine candidates use “viral vectors” to carry the stuff into your body. We’re not sure if you can get meaningful immunity to some of those vectors themselves. But if so, it could mean that repeat shots using the same vector may not work as well. Some people think that one candidate vaccine that uses a human adenovirus vector that some of the population has been previously exposed to already shows signs of working less well in some people. Older people may be more likely to be among those, since they have had more time to be previously exposed. Another candidate vaccine uses a chimpanzee adenovirus vector, so people won’t generally have any prior immunity and we can avoid this risk with the first shot…but the challenge of immunity to the vector may be a problem with these also if more than one shot is needed over time.  Again, more than one shot may be needed because, as already noted, we don’t know how long effective immunity may last.

4) Can enough be made and distributed?

Each category of vaccine effort–recombinant protein, mRNA, and adenovirus vector–has its own issues. But the big deal for all of them is the enormity of the number of doses needed. These requirements will be doubled (or possibly even tripled) if more than one shot is needed to establish or sustain long-term immunity. In some cases a shot may need to be followed by a repeat shot a few weeks or months later, as is the case with some longstanding childhood vaccines. Billions of doses–with a “B”–is a really big number, and the pharmaceutical industry has never produced any vaccine in such amounts in such a short time. Plus, some candidate vaccines need “cold chain” distribution. We may have to keep them frozen or refrigerated, right up until the time we use them.

The logistical challenges of getting billions of doses to billions of people, or even hundreds of millions in just this country, all the way through the “last mile” – are formidable. (And all multiplied by two if two doses are necessary.) Think about how many vials, syringes, clinic visits, etc. may be involved. Then think about the challenges we’ve had with testing, which is still not working smoothly in many areas.

Having said all that, billions of tax dollars have already been committed worldwide, and hundreds of millions of doses are already promised from several different manufacturers. And the good thing is that we do have existing infrastructure, at least in the U.S., that can be leveraged for vaccine distribution. (Sadly that is not true in much of the world, where the logistics will be even more daunting.) Still, rollout will take time to reach everyone.

Nobody should be surprised if the elderly, people with high-risk co-morbidities, and front-line healthcare workers are prioritized. So you yourself may or may not have access for a while. If you had it in your mind that “if there is a vaccine in December it will all be over,” you may want to think again.

5) Will people get the shot?

This is a big one. Surveys I’ve seen have found that only about half of people SAY they will definitely get the shot (half are either unsure or won’t). One hopes that uptake of a good vaccine will be better than uptake of mask wearing, but look where we still are with that. This matters a lot, in part because we are all safer if a bigger proportion of people get vaccinated. If we are ever to achieve so-called “herd immunity” we need a high percentage of people to be immune. The number of people inoculated matters even more if immunity turns out to be imperfect, as should be expected (See #2).

6) Introducing a vaccine is great, but not the only game or the endgame.

If you have read this far, you appreciate that a vaccine will not bring pre-pandemic life back in one fell swoop. It is unlikely SARS-CoV-2 will ever be ‘eliminated’, so we probably need to learn to live with it long-term (as we do many infectious diseases). That’s why it is so important that medical care for Covid-19 is getting much better – in lots of ways – and that therapeutics are being identified (from monoclonal antibody treatments to antivirals to interferon to old fashioned steroids and more). Some of those therapeutics may be useful in the early stages of the disease to prevent progression – that would be especially helpful – and some may come online before a vaccine.

Right now, mask wearing alone – if we can get more people to do it – can make a huge difference. Mid-term, we should all be rooting for the vaccine(s), which can be game changers. And longer-term, we most likely will develop multiple tools to enable us to live effectively with this new infection, as it remains in the world indefinitely.

Ramy Mahmoud, MD, MPH is a public health doctor and president of specialty pharmaceutical company Optinose. He formerly served as chief medical officer and management board member for the Ethicon companies and Janssen at Johnson & Johnson.

Ramy Mahmoud, MD, MPH is a public health doctor, current President of specialty pharmaceutical company Optinose, and prior chief medical officer and management board member for the Ethicon companies and Janssen at J&J. 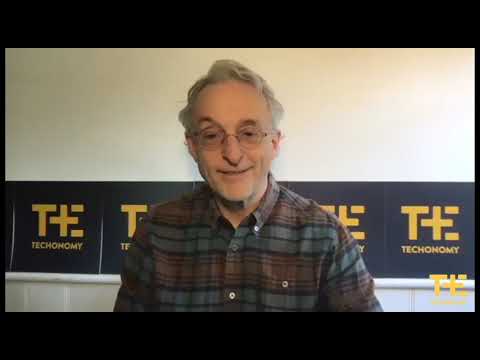 Grossman understands Covid-19 from being on the front lines. But his healthcare colossus ($10 billion in revenues) was uniquely prepared, partly because of Hurricane Sandy. Telemedicine exploded. Treatment of everything else shifted. And what will...