As I watch the news, with the latest case counts and death tolls of COVID-19 blazing on my TV screen, my phone displays a message: “Odd, isn’t it, how one little microbe can change so many lives?” Now the TV reporter, standing in front of a hospital with a face mask dangling from one ear, is telling me about the dire shortage of face masks and ventilators.

“I know this virus is stirring up strong feelings for lots of people,” my phone tells me.

Yes, I am living in quarantine. No, I have not gone off the rails and begun imagining my phone has developed concern for my wellbeing. I’m testing out a free, AI-powered self-help chatbot app called Woebot, which launched a few years ago but has been lately updated to help users process anxiety about the coronavirus pandemic.

Even as the outbreak was spreading around the world, public health experts warned that the first wave of damage would come from the virus — and the second wave from mental health issues. This is such a major concern that the director of the National Institutes of Health recently blogged about strategies for dealing with stress and grief during the pandemic.

Those predictions are already beginning to play out. The team behind Woebot started noticing a rise in users’ anxiety linked to the virus early this year. They charted a 190 percent increase in conversations about the coronavirus from January to February; from February to March, it spiked further, by 2,500 percent.

Woebot was launched in 2017 by Alison Darcy, a clinical research psychologist who had spent a decade at Stanford University. She also had training in software engineering, and had been intrigued since the late 1990s by the idea of delivering mental health support online. Digital intervention, she thought, could solve some of the problems of in-person intervention, such as being there for a person at the specific moment they need help rather than only at scheduled therapy sessions.

There had been previous attempts at digital tools for mental health, Darcy told me in an interview, and plenty of evidence to suggest they could be useful. “The problem was they’re not very engaging,” she says. “If you don’t stay in the program, you can’t get the benefit.”

To create a better user experience, she teamed up with celebrated AI expert Andrew Ng at Stanford. Eventually, Woebot was born. It was never intended as a crisis service. Instead, it’s built on the theories behind cognitive behavioral therapy, a concept in psychology that focuses on helping people identify and change negative thoughts and behaviors, develop coping strategies, and better regulate their emotions. An ongoing challenge with this approach has been getting people to track their day-to-day progress. Woebot was designed to be a chatty robot friend who can help address that.

Users can open the app as needed, or wait for its daily check-in to begin interacting. Woebot asks what you’re up to and how you’re feeling, offering a range of auto-generated responses as well as a chat function if needed. As the user responds to these questions, Woebot uses artificial intelligence to gently prod to find out more — if you’re anxious, how anxious? It also proffers content written by the Woebot team as well as bite-size educational material to help users spot common issues, such as assuming the worst in a situation or recasting a one-off problem as something that happens all the time. Woebot asks users to write a negative thought at the beginning of the chat, and then to rewrite that same thought after receiving these mini lessons on how to view things differently.

As a trained scientist, Darcy began her assessment of the tool she built by measuring outcomes. In a randomized clinical trial of 70 people, those who engaged with Woebot for two weeks reported a significant reduction in depression symptoms compared to those in the control group, who were instead given informational literature about dealing with depression.

Today, the Woebot chat app exchanges about 2 million automated messages with users each week, Darcy says. Users engage more during tough times. “People use Woebot more like an antibiotic or a painkiller than a vitamin,” she says.

That pattern gives Darcy’s team a bird’s-eye view as new sources of anxiety drive increased app use. COVID-19 emerged recently as a new stressor, closely coupled with increased fears about financial insecurity. Woebot staff developed new content specific to these topics, and in early April the company rolled out updates to the algorithm so it can recognize coronavirus-related anxiety. “Our writers wrote some really beautiful content,” says Darcy, noting that the team focused on lifting spirits as well as coping with grief. They are also having content translated into Italian with the goal of incorporating other languages in the future.

Consumers can access Woebot for free. Ultimately, the company Darcy formed is expected to bring in revenue by selling access to more clinically-focused content to employers and insurance companies. The company’s technology adheres to strict privacy standards to protect user data and only makes de-identified aggregate data available to insurance companies, according to a spokesperson.

As for me, while I hadn’t been feeling enough anxiety to have sought out a tool like Woebot on my own, I did enjoy using it. Tips on things like dealing with “emotional weather” and looking at anxiety as a protective tool in certain situations were unexpectedly comforting. “Even with the loudest thunder and the darkest of nights, the sun will still rise in the morning,” Woebot reassured me. 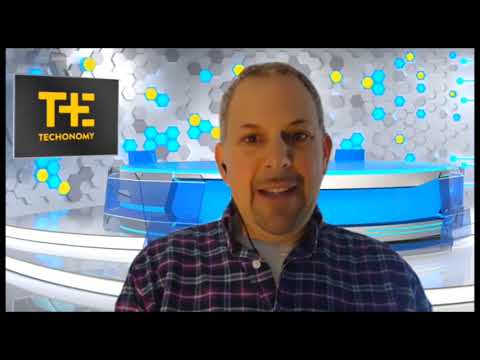 Tech for Mental Health In a Time of Isolation

How much anxiety are you feeling during the virus crisis? Wisdo, a community support and mental health startup based in Israel that operates in the U.S. and the UK, finds that people who are anxious about coronavirus...